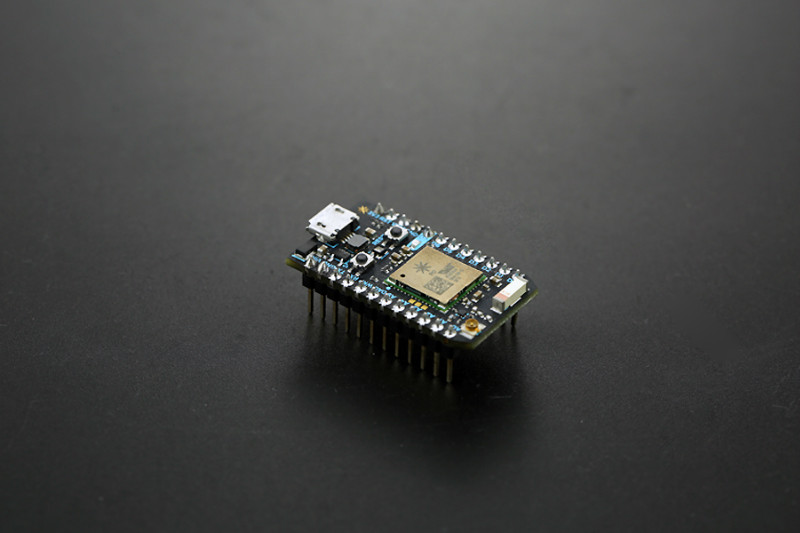 The Photon is a $19 tiny Wi-Fi development kit for creating connected projects and products for the Internet of Things. It's easy to use, it's powerful, and it's connected to the cloud.

The tools that make up the Photon's ecosystem (and come along with the board) are designed to let you build and create whether you're an embedded engineer, web developer, Arduino enthusiast or IoT entrepreneur. You'll be able to write your firmware in our web or local IDE, deploy it over the air, and build your web and mobile apps with ParticleJS and our Mobile SDK.

The board itself uses a Broadcom wi-fi chip (one that can be found in Nest Protect, LIFX, and Amazon Dash) alongside a powerful STM32 ARM Cortex M3 microcontroller. It's like the Spark Core, but better.
Note: Does not ship with breadboard or USB cable.

Get a text or call if your plant is getting too dry, along with a nice LCD display giving information regarding your plant's health.

If you have an E-Reader such as a Barnes & Noble NOOK or an Amazon Kindle then you're already familiar with e-paper. The e-paper display on your e-reader is what allows you to read it in direct sunlight without any glare. However, you also know that the e-paper screen takes a really long time to update. This means that you can't use it for gaming, but it's perfect for providing you with timely weather information wherever you need it! This super-simple project creates just that with minimal assembly and coding time. Let's dive in!

Never forget to water your plants again with this super annoying project. It combines visual, auditory, and textual cues that will prevent you from doing anything else until you provide your plant with much-needed hydration. A piezo buzzer constantly blares a shrill note, while a super-bright LED annoys your peripheral vision. In addition, this project will send constant texts to your phone reminding you that your plant needs to be watered. Sounds like fun, right?

Fast forward to Maker Faire 2015, where I had the pleasure of meeting the Particle team and several of the Elites, I noticed one of the latter was building a word clock as well. That's what gave me the final motivation to build one myself. Luckily I saw him struggling with soldering well over a 100 Neopixels for over a day, and I decided mine would have to be simpler. One of the other Elites had made an interesting project with an RGB matrix, which sparked the idea that those two might make a great combo.

Use NFC stickers to track electronic components with the use of a Particle Photon and a database back-end, along with a webpage interface.

Fingerprint Sensor Project 6: How to make a Fingerprint Guarded Box
Use DFRobot's UART fingerprint scanner to store fingerprints and only allow authorized people to access the box.