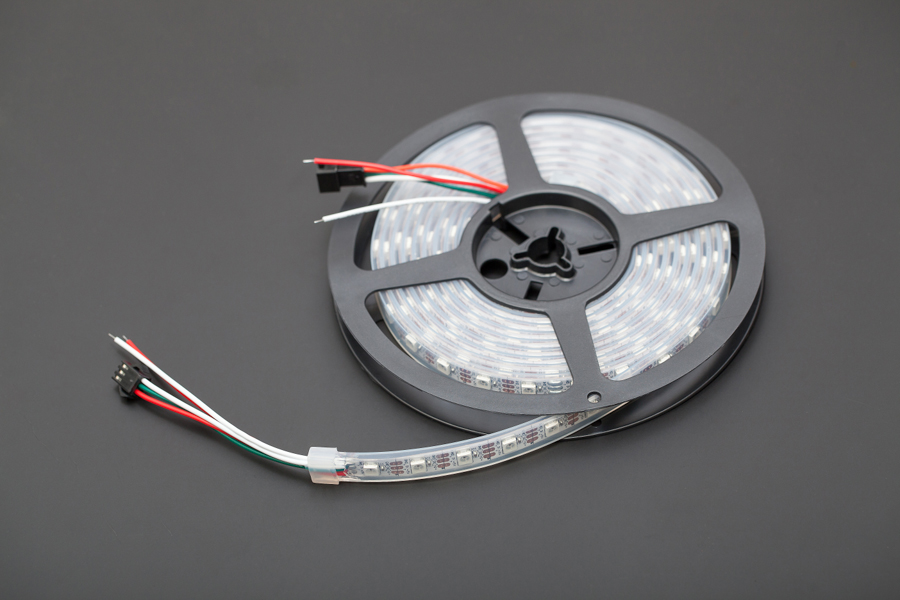 LED Strips always glow nicely in the dark and are super fun to play with. They can be used in home decorations, festives and interactive art installations. For example this Christmas someone put a phone-controlled strip around the Christmas tree for S.O., and it looked great!

In this tutorial we will use an Arduino Beetle BLE to make a simple wearable device for …your pet! My cat is the model of this wearable project.

Here are the main functions to implement:

-The wearable device will be built around a small jacket that the cat can wear.

When the wireless jacket is paired with your phone via Bluetooth, it will control the light strip to flash on and off so that you can locate your pet quickly.