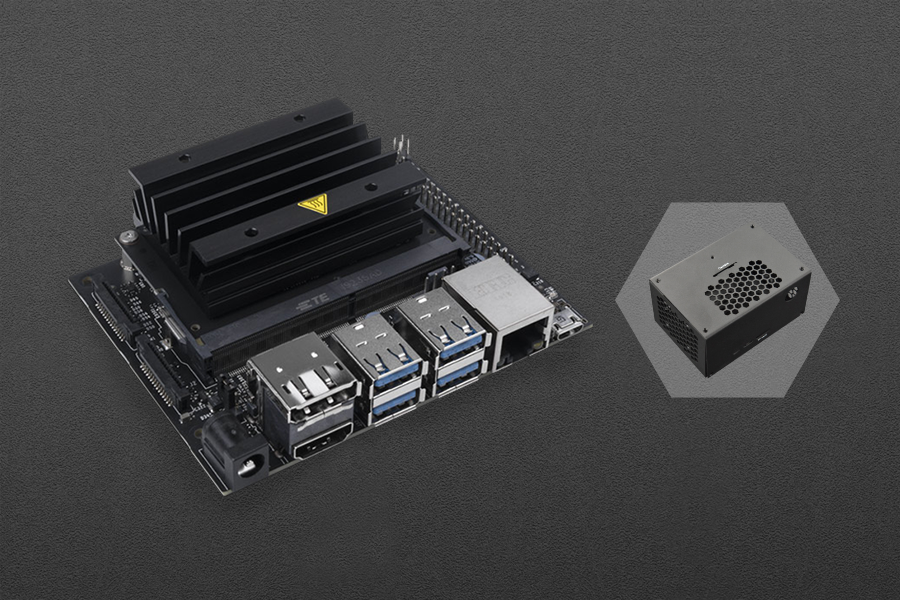 Enter the world of AI through this Jetson Nano Developer kit launched by NVIDIA, and enjoy the infinite joy that AI brings to you!

Jetson Nano Kit is a small, powerful computer that enables all makers, learners, and developers to run AI frameworks and models. Insert a microSD card with a system image into the module to boot the device. With the built-in system on chip (SOC), it is able to run multiple neural networks, such as TensorFlow, PyTorch, Cafffe/Caffe2, Keras, and MXNet, which can realize image classification, object detection, segmentation, and speech processing so as to help you to build up the advanced robot and complicated AI system.

The same JetPack SDK is used across the entire NVIDIA Jetson ™ family of products and is fully compatible with NVIDIA’s world-leading AI platform for training and deploying AI software. This proven software stack reduces complexity and overall effort for developers.

Update Instruction A02 vs B01:

2. J40 and J44 in the old version A02 are combined as J50 in the new version B01. The interface has been moved and changed from vertical to horizontal one.