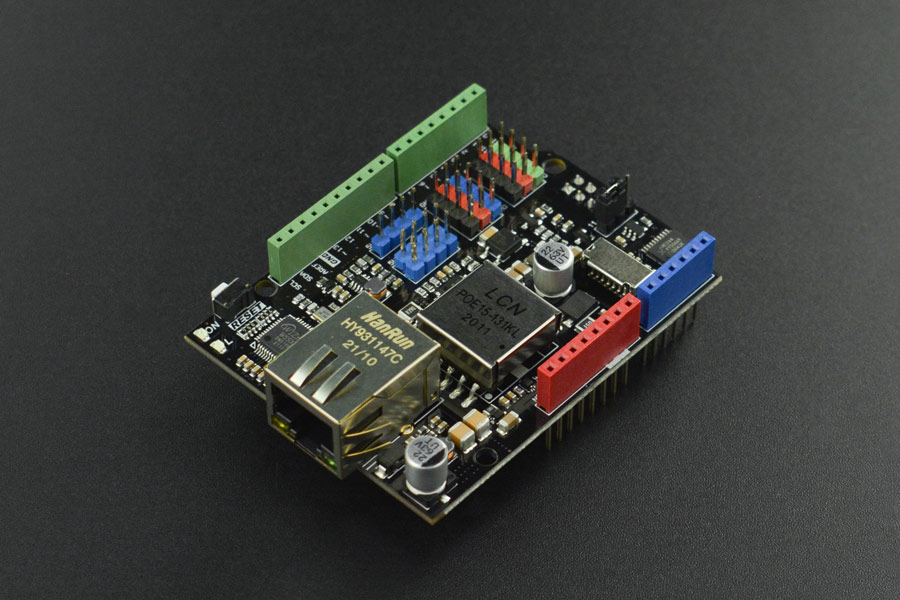 The W5500 Ethernet expansion board is a new member of the DFRobot Ethernet family. It integrates PoE power supply and W5500 Ethernet chip, which can meet the requirements of general IoT projects.

The W5500 chip is a Hardwired TCP/IP embedded Ethernet controller that provides easier Internet connection to embedded systems. It enables users to have Internet connectivity in their applications just by using the single chip in which TCP/IP stack, 10/100 Ethernet MAC, and PHY are embedded. The Hardwired TCP/IP is the market-proven technology that supports TCP, UDP, IPv4, ICMP, ARP, IGMP, and PPPoE protocols. W5500 embeds the 32Kbyte internal memory buffer for the Ethernet packet processing. It’s faster and easier way rather than using any other Embedded Ethernet solution. Besides, the W5500’s SPI supports 80MHz speed and a new efficient SPI protocol for high-speed network communication. In order to reduce the power consumption of the system, W5500 provides WOL (Wake on LAN) and power-down mode. 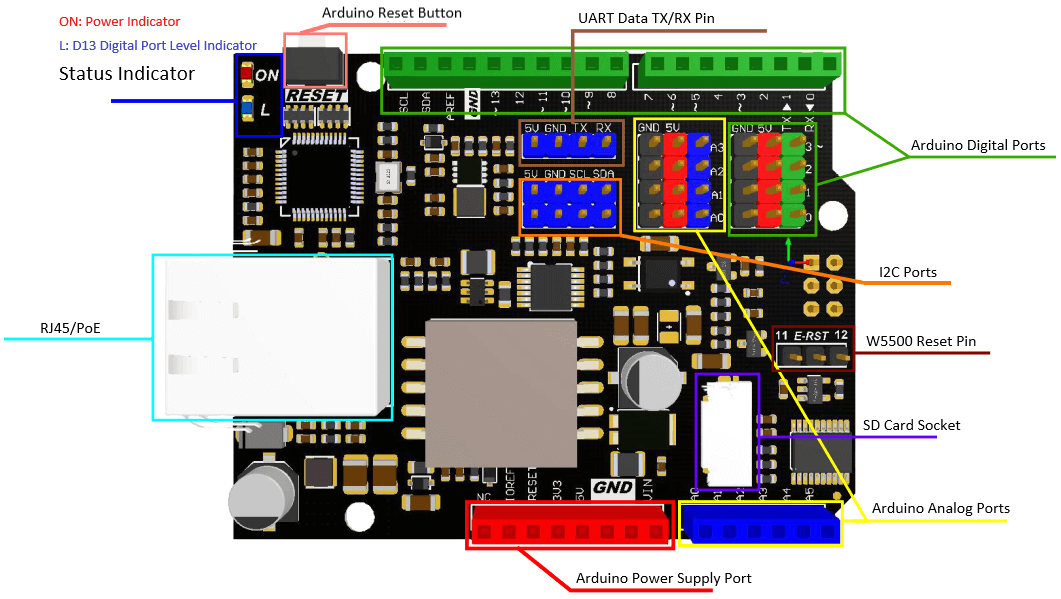