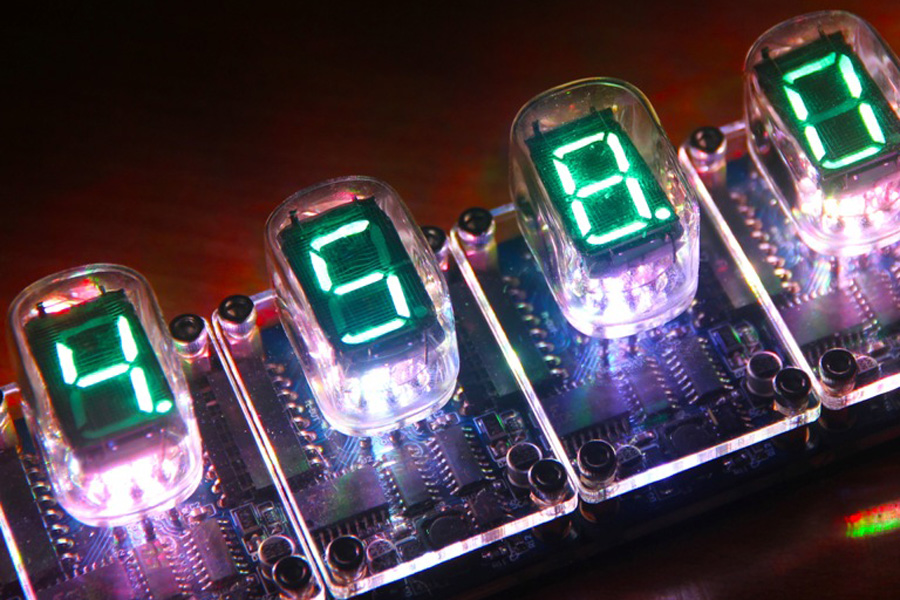 VFD Tube is discontinued now. We recommend LEDs as replacement where you might find other products interested.
VFD tube, vacuum fluorescent display, which was invented in Japan in 1967, typifies the display component of the vacuum electronic era.
Just as the Nixie Tube, VFD tube is also on the verge of extinction. It has been fade out from modern applications since the 1990′s. Young generations may have never seen its limpid cyan fluorescence, given life by the intelligence of the last century.
With the same concept of developing the Nixie Tube module for Arduino, in order to make the VFD tube reborn, combined antiquated electronics with modern technology, the VFD tube module is developed as independent blocks. Without headaches about high-voltage generation, logical driver, soldering, geekers can focus their time and energy on achieving the design idea of the final works. Meanwhile, for designers with no electronic background, Arduino is all they need, of which 4 I/O pins can supply full control on a dozens of VFD tube modules with individual RGB led background lights. Other MCU systems or developer kits would do the same.

This module is designed for VFD tube IV-22 (ИВ-22), made in former Soviet Union around 1990s. Combined with classic VFD tube, gold-plated tube basement, gold‐plated PCB, RGB background LED, IV-22 module can be applied in varies of applications, presenting colorful effects. It is an all‐in‐one design. Boosted circuit, logic controllers, and plug sockets are all integrated. Several modules can be plugged in serial for customized needs. This makes the controlling much easier, especially for Arduino, and other similar open‐source MCU platforms. Users can focus on the presentation and application, no need to worry about the voltage management or connections. 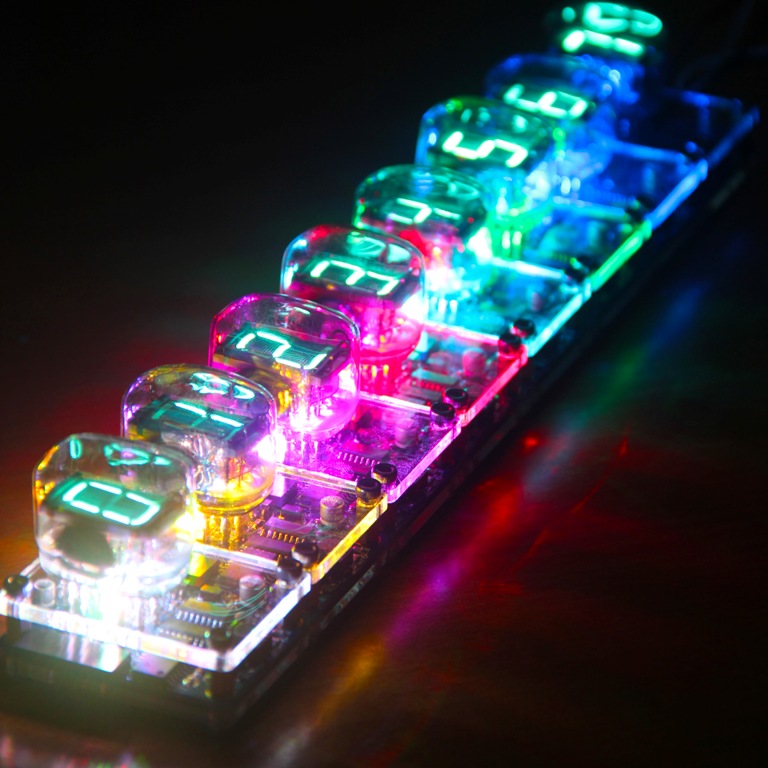