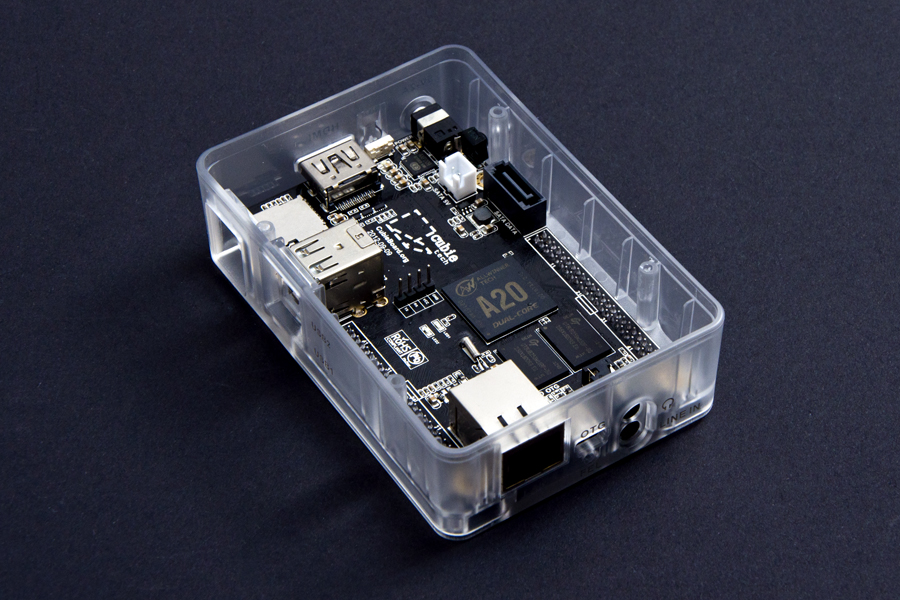 This Cubieboard 2 Kit  is Discontinued Now, We recommend other best selling dev boards as a suitable replacement.
Cubieboard2 (ARM® Cortex™-A7 Dual-Core), a upgrade of current cubieboard, is ready to ship now.

Cubieboard2 is based on Allwinner A20 SoC, small size , hacker friendly, extendable and very low-cost. It is an alternative to the Raspberry Pi or pcDuino. Compare with Raspberry Pi, it has higher performance, SATA supported and 96 extended interface.

Compared with cubieboard,just replacing one chip(well, the most important one),cubieboard2 are upgraded from a single core to a dual core and twice gpu performance, and even no change is needed on the PCB. So all the base boards, accessories that works with cubieboard will also fit in with cubieboard2.

On the software side, cubieboard2 support both android 4.2 Jelly Bean, Ubuntu 12.04 and other Linux distributions. Android Jelly Bean improves on speed and simplicity and brings a lot of new feature.

If you plan to assemble a small computer, you can try using this small ARM platform cubieboard. It supports Ubuntu and other Linux distributions; you could use it like an ordinary computer operation. At the same time, the platform also supports Android 4.0 Ice Cream Sandwich system and has bulit-in IR sensor, can be used as "Android TV".