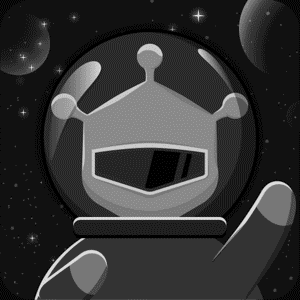 Many people would encounter some problems along their Arduino journey, here is some good-to-know tips based on my own experience (On Windows only, but most of them can be applied to other platform), not that long but some are what I think worthy of sharing. May it helps.

The title would be named as reason, phenomenon, or even solution. I would feel very grateful if you could point me out my mistake or share more about your precious experiences! (This post is blocked, but any suggestion/experience to share are welcomed to post on this index and attch a related link. And I will update them here. Thanks in advance.)

There are several very very basic notes related to Arduino/ Electrical operation to avoid destroying your boards, sensors or any other components.

To avoid getting Arduino board bootloader lost, i.e. your Arduino card can not be recognized anymore by your computer If got defective, clike here to fix by urself?

Do not run your project (Arduino) with an insufficient power supply! Arduino would reboot itself repetitively in a high frequency to get the bootloader lost.
e.g.
1. When your Arduino was powered by battery(s), you should cut off the power supply to Arduino when the battery voltage is below the minimum power supply requirement.
2. When using large power consumption module(s) with Arduino, e.g. servo, motor, large display modules... , you'd better supply Arduino with an external power source. Merely with a USB cable is not enough especially when the servo(s) running with a load.
3. Power source Maximum Current Output should also be considered to content with the current absorption. e.g. The power adapter/ battery can only output 500mA, but your system demands current @1A...

Serial Monitor should be closed firstly before unplugging the USB cable from Arduino card. Or your Arduino card is at the risk losing its bootloader. It is not a must but a suggested operation.DON'T do wiring while powering on! Although Arduno is LV, but some capacitive components/ modules will cause short-circuit in that case, and your board/ components may highly possible become defective/ burned.

All devices can NOT be powered wrong, i.e. Do not wire by 5V-GND, GND-5V, some devices have voltage reverse protection, while some not, so this careless mistake will burn it in a wink!

In most cases, all the GNDs (ground) of the power sources/ boards/ sensors/ actuators in the same project should be connected as a Common Ground System to work properly.

Make sure your cable, connection is reliable. Bad cable, loose/ wrong connection would make you feel really confused when something weird happen.

e.g. many connecters need a screwdriver/ by pressing something to buck-up the cable, when you finished tightening, if the screw is lower than the screw hole surface, that's good, while they are on the same level or the screw is higher than that, that's bad connection.
2016-04-15 13:49:10 Other FAQ

NOTE: Make sure your computer system is not a bespoke/ pirate edition missing some important files, in this case, although there are many posts about how to fix this problem, but after many trails, I found to re-install an authorised system is the quickest way.

The correct steps to upload a sketch are: (Every step would contain a possible reason that you may be stuck at)

There are many ways to supply power to Arduino cards, through USB, power_in jack, and through Vin (What's the difference, you could have a look at When you want to fiddle with the way you supply power, keep in mind that most basic board do something like...)

And if you want to use motor/servo, you might have to add another shield on the Arduino card, that would make you lose your mind how to power all different parts. A good way, and trustworthy, is to check your card/shield's schematic to figure it out. Here is an example of DFRobot expansion shield V7.1

After plug it on your arduino card (Uno, Leonardo, Mega...), actually, if you are familiar with Arduino power method, you can only pay attention to No.2. For No.1 & 3 is the same as Arduino (check the link above), sure you could also use No.1 to supply power to Arduino card.

Last but not least, know how much current/ voltage you need for your whole system is crucial, low voltage/current will cause demage to your components or you will get unexpected results. Read more: Absolute Maximum Ratings for Arduino card

Here are some very common reasons on this topic, including some practical suggestions.


NOTE: If your card is a DFRobot BLE series:

Generally speaking, Arduino cards have two MCUs, one is to generate a COM port on your computer (serial chip, SC), another is to execute code (master chip, MC). And each chip contains a bootloader. You can understand it in this way, every computer has an operation system which allows user to install/run any cool software/games. It's the same thing that the bootloader of Arduino allow you to run a code. So we can get some clue here and figure out some solutions according to different problem. But for sure that we can not do anything here if the chip was burned, that is, it will get very hot once you plug the usb cable. (repalce the burned components...), if the voltage (5V, 3.3V) on the board is normal, only with the problem of uploading sketch or card recognization, you can firstly determine which chip's bootloader was lost, and then find a way below to renew it. Source reading from Arduino: Bootloader Development


How can I know which chip lost its bootloader?

How to renew the chip?