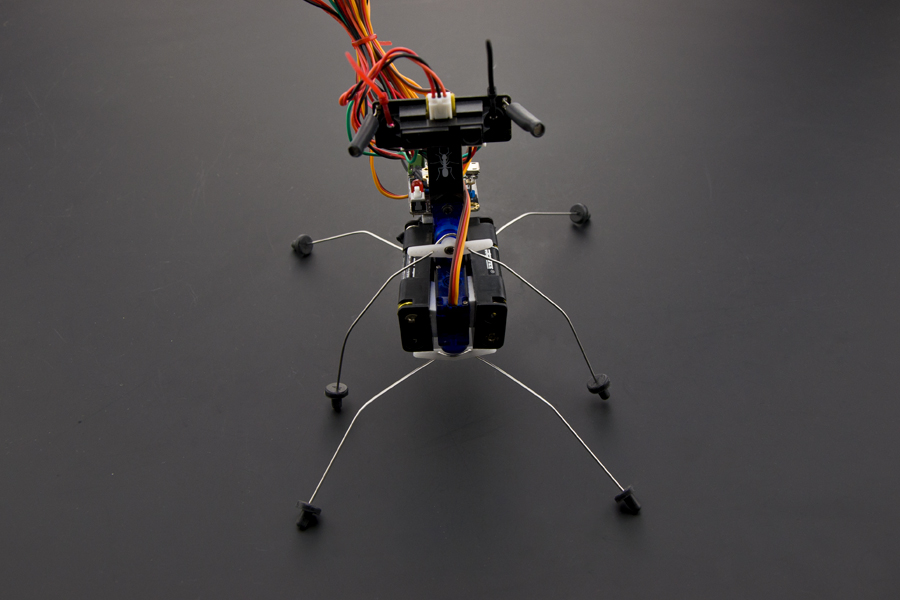 With a celebrated reputation as an affordable, simple, and fun-to-play DIY robot kit, the Insectbot breed has now evoled to its second generation: the Insectbot Hexa-An Arduino Based Walking Robot Kit For Kids.


Bigger than Bigger
The six-legged Insectbot Hexa is undoubtedly in a bigger body build than its ancestors: 15% larger in size and 20% heavier in weight. This, as a result, made Hexa the most powerful generation in Insectbot history: with three high quality 9g micro servos and four AAA batteries, Hexa walks steadfast no matter where it is.

Smarter than Ever
We've redesigned its code to make this robot smarter in motion and has an improved capability in obstacle avoidance. However, it doesn't mean the codes are more difficult to read - you can still program your Insectbot with graphical language Ardublock, and spend some time tweaking it from head to toe. Improvisations and hackings are warmly welcomed - we'd love to see more diversified Insectbots!

A Brave Heart
The heart of Insectbot is "world's smallest Bluno", a.k.a. Beetle. Deriving its core notion from minimalism without compromising functionality, Bluno Beetle comes with Atmel Atmega328 @16MHz clock time and has expanded several interfaces: 4 digital pins and 4 Analog pins. To further make it user-friendly, it is compatible with Micro USB so that direct programming and testing is no longer a headache. Select "Arduino UNO (tools >board > Arduino UNO in Arduino IDE), the ATmega328 comes pre burned with a bootloader that allows you to upload any new code that is applicable to Arduino UNO.

How to Assemble the DFRobot Insectbot Hexa Robot? please watch the video.


Version Update: The new Insectbot Hexa V2 uses Beetle BLE - The Smallest Board Based on Arduino Uno with Bluetooth 4.0 instead of Beetle, which supports wireless programming and communication. Explore much more possibilities with Bluetooth 4.0!

An apology: There is an error with images in the current edition of the instruction booklet. DFRobot would like to issue a sincere apology for this error and will ensure that it is fixed in the next publication of these instructions.


How to Control An Insectbot Remotely with Bluetooth Joystick