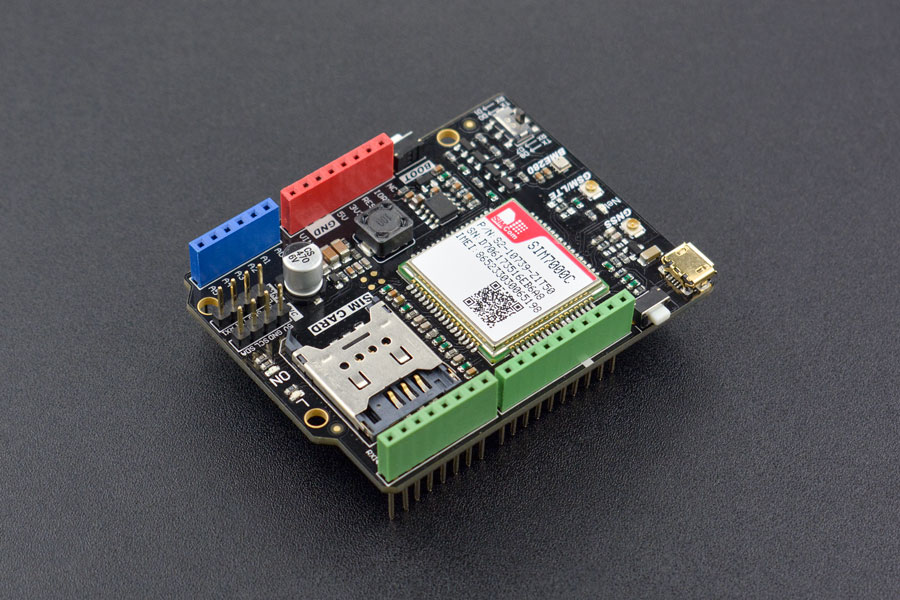 NB-IoT (Narrow Band-Internet of Things) technology is a new IoT technical branch and supports cellular data network connection of low power consumption device in WAN (Wide Area Network), which also called as LPWAN. NB-IoT operates in authorized frequency spectrum. It can be directly deployed to GSM, UMTS, LTE without any interference of current networks, while the bandwidth consumption is just about 180KHz. 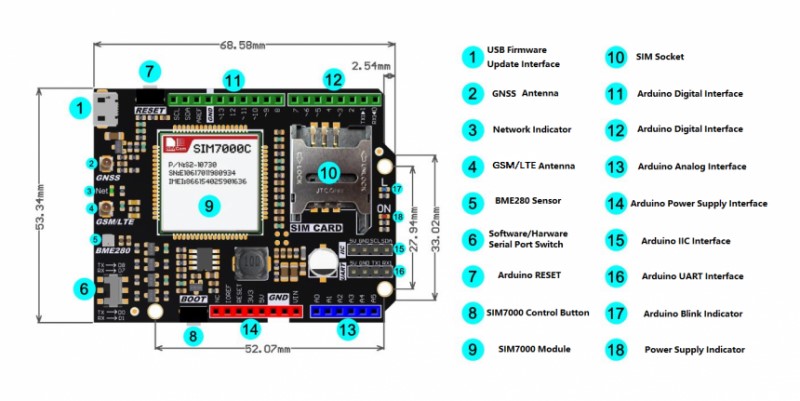 SIM7000C Arduino NB-IoT/LTE/GPRS/GPS Expansion Shield
The SIM7000C Arduino NB-IoT/LTE/GPRS expansion shield supports both SIM card and NB-IoT card synchronously. You can plug in a common SIM card to achieve traditional GSM applications, such as make a phone call and send message. You can also plug in a NB-IoT card to realize NB-IoT data transmission. Besides, this expansion shield provides a BME280 environmental sensor. So it could be a prototype to develop NB-IoT projects, monitoring temperature, humidity and pressure.