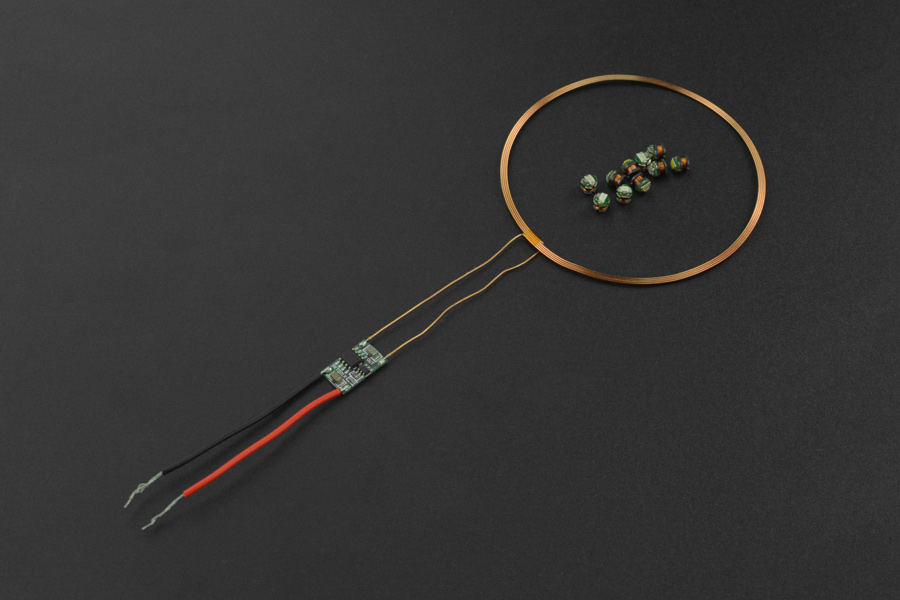 LEDs that can light up without any wires, battery packs, or other power sources? Sounds magical!

The same as wireless power supply, these LEDs are based on magnetic resonance coupling technology. It comes with a coil as a transmitter and there are small coils on each LED bead as receivers. When the two are coupled, energy can be transferred from the transmitter to the receiver through the air, paper, or plastic casing, and the LEDs will light up.

The magnetic resonance coupling technology enables no contact power transmission. The electric energy consumed in this way is only one-millionth of that of the traditional electromagnetic induction power supply technology. When the transmitter is powered up, it doesn't emit electromagnetic waves, but creates a non-radiative magnetic field around it, which is used to communicate with the receiver and excite its resonance, so as to transmit energy at ultra-low power consumption.

In addition, the magnetic field intensity in this technology is similar to that of the Earth's magnetic field, so it will not be harmful to human health and other devices.