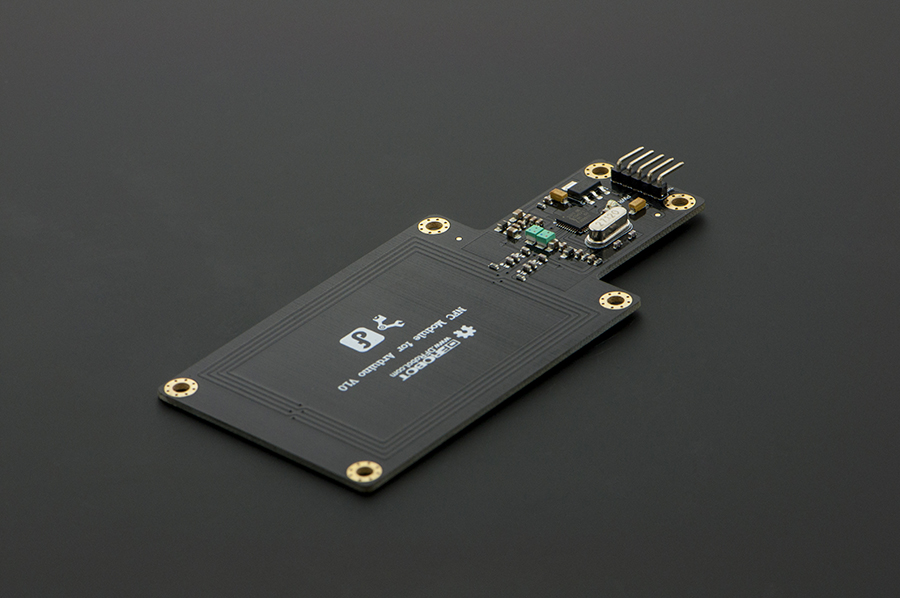 This NFC Module for Arduino is discontinued now, you can choose its upgraded version Gravity: UART & I2C NFC Module as a suitable replacement.
Your credit cards: gone. Bus pass and train tickets: vanished.Welcome to Near Field Communications (NFC) Module for arduino, a contactless, Wi-Fi-lite style tech that could already be in your smartphone, and could soon be a regular feature of your commute.
Near Field Communications(NFC) is a set of short-range wireless technologies, typically requiring a distance of 10cm or less, for two devices such as smartphones or the similar things very close to each other to establish communication. Communication is also possible between a NFC device and unpowered NFC chips such as tags, stickers, key fobs and cards which do not require batteries.
The NFC Module for Arduino is designed to extend this powerful feature for your project or application based on Arduino.It integrates a PN532 NFC controller from Philips.The driver interface for this product is UART interface of the microcontroller. So it's possible for you to test it via a USB to UART converter directly. On the other hand, for the applications with microcontroller, the module provides an event for your processor when detects the NFC tags, stickers, key fobs, or cards via high speed serial uart.