WiFi Doorbell with ESP32 and DFPlayer 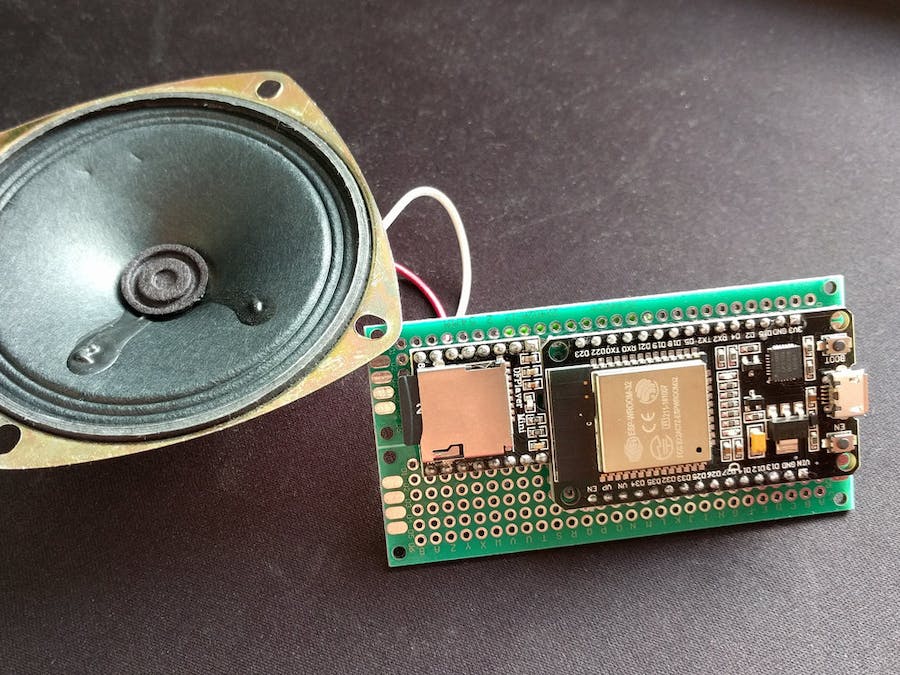 When we moved in our house this year, one of the first things we missed was a doorbell. There was a bell button at the gate, but since the whole building had been gutted down to the concrete nobody knew where the cable ended. When I found a cut-off electric cable in the basement, I suspected that it could be the one leading to the button. With a little help of my beloved multimeter I could confirm that assumption.

However, that lead to the next problem: Not only was the cable cut 2 cm off the wall, there was also no way to extend it to the first floor. And a doorbell in the basement is pretty much useless. There are WiFi solutions available that allow to put the bell in a different room, but they are expensive and need a 220 V hookup. So we settled with a wireless doorbell for the time being but it turned out not to be completely reliable, pretty ugly in comparison to the existing button and I did not like the battery based solution. So I set out to revive the old doorbell with the help of a microcontroller. Or two.

The concept is easy: The first microcontroller detects the push on the button and sends a request to the second microcontroller via the home WiFi. That second microcontroller is connected to a speaker and plays a bell sound. Since I am pretty new to the Arduino world and wanted to keep things easy, I used Espressif ESP32 boards that have integrated WiFi. To make it even easier, I added a cheap MP3 player module.

Not much to see here. Basically just throwing all the modules together. In the end I left out the LED on the speaker side. (It is still addressed in the code, though.) 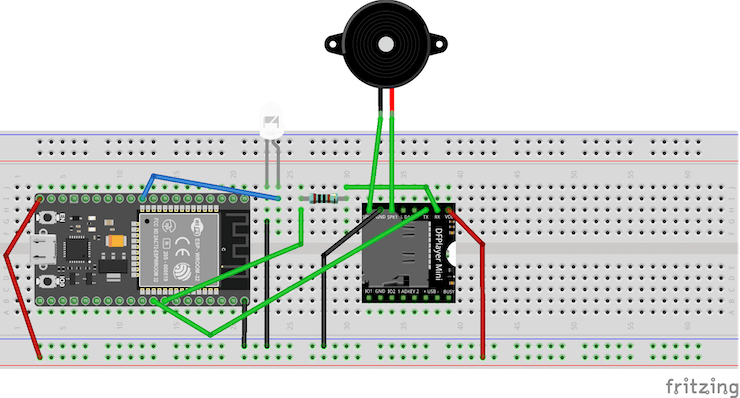 I designed the two cases in Onshape, one for the sender and one for the speaker unit. The speaker case has a thin grid at the bottom and a little stand that is glued on in order to let the sound pass out. 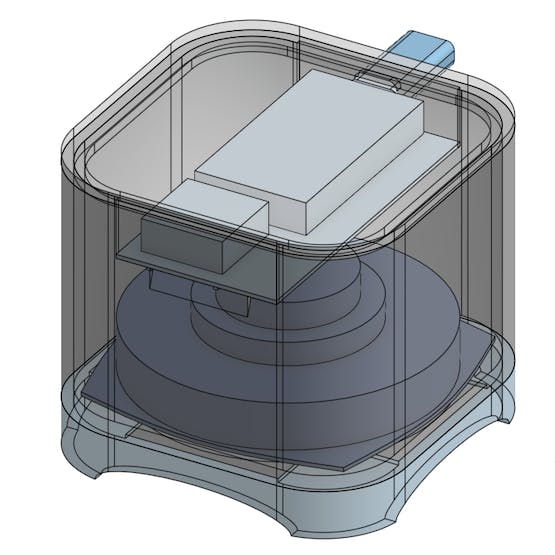 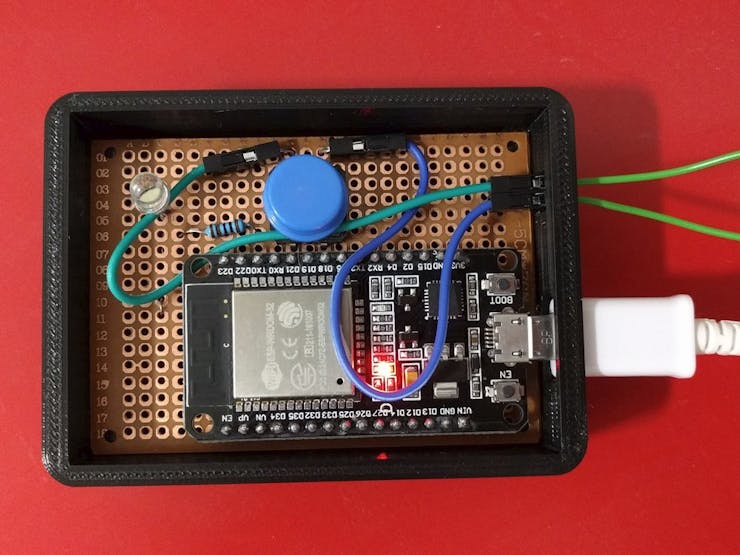 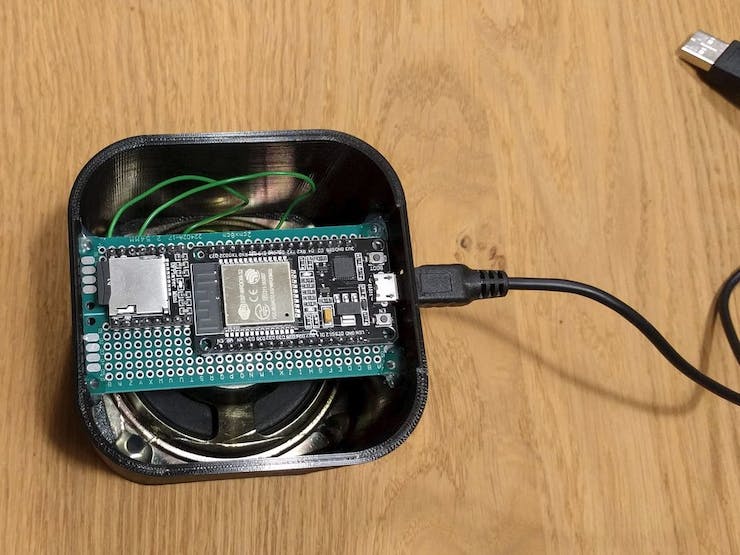 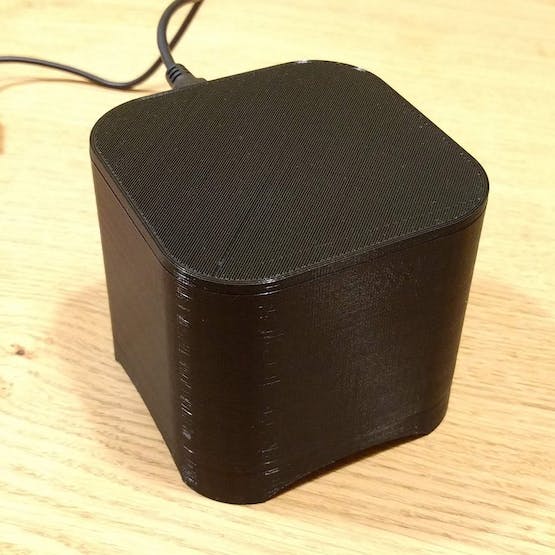 Some additional photos can be found on the project page: http://tilman.de/projekte/wifi-doorbell/

While the sender does not much more than blinking the LED slightly differently depending on what it is doing, the speaker unit offers a bit more: It starts up a tiny web server that provides the interface for the sender and can also be used directly via the browser. It allows also to set the speaker volume: 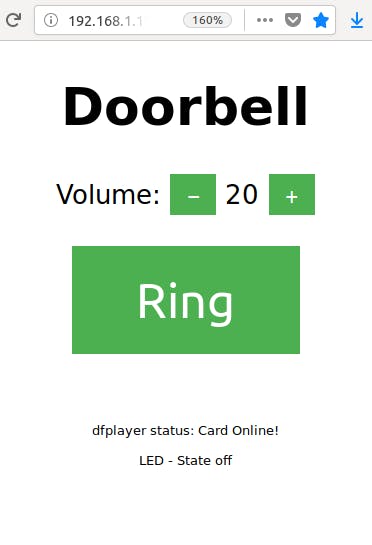