PROJECTS
The Inmoov humanoid robot has become quite popular in the past years. This great platorm provides a starting point for robot breeders. Recently I was playing with the Speech Synth shield and well, I needed something that speaks!

So Sunny the head came to life. The materials used for this project are the following: The whole thing is printed. I mean, the "chassis" or the mounting hardware. Takes quite a while to print, so if you are planning on making one, make sure you start printing early enough.
In order to speed up things for testing, I decreased the amount of material used on the print runs and on some parts I had some extra printed components. This turned out quite nice for modding parts, cutting or adding extra screw holes.
The assembly can take up sometime if you don't look up the reference or tutorials available online. We decided to experiment a little and figure out in order to find the right spots to mount parts later. 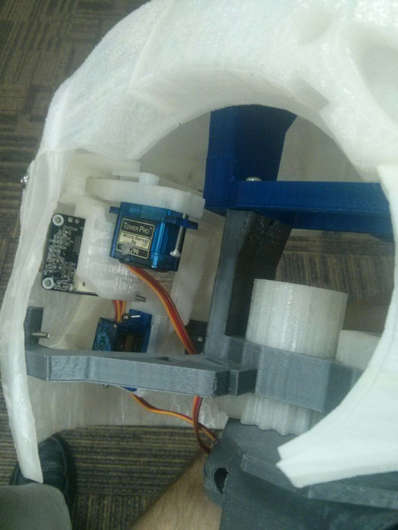 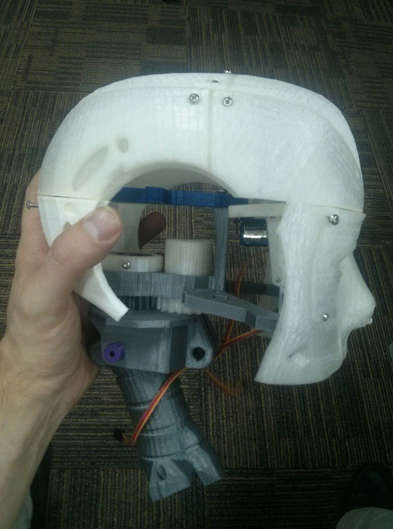 Then we did a nice paint job. 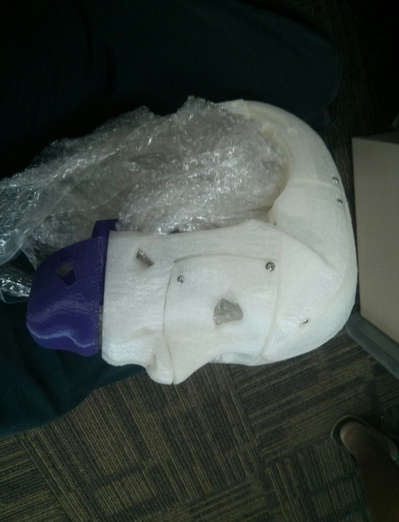 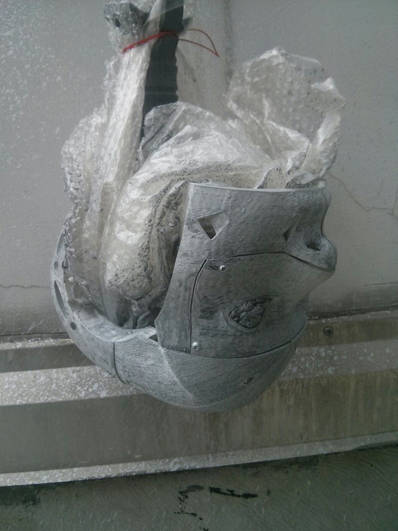 The servo power is directly handled by the expansion shield. A power supply of 7~12V did the job well.

The High power internal LED is on the inner front side leading to a fantastic dimming blinky effect.  With the paint job and the quick print of the craneal part, light was following stripes on a very interesting pattern.
Coded inside we had a "angry mode" as well which turned on the LED on a fast heartbeat pattern. However, the head was impacting enough and we decided to disable this "feature".

A tilt sensor was attached to enabled a extra extended feature. This was quite shocking for all our beta testers when they saw the impressive well designed InMoov head and they had to detach the head from It's holder and tilt it upside down.
often shaking it a little to add the kick to the effect. The IR range sensor is glued on the left eye (looking from front) and when someone was close, triggered the speech synth shield claiming that someone was poking it's eye.
Tilting the head would cry in Chinese that it hurts.

Overall, the first part of the project is quite simple. However it takes up sometime of putting parts together and getting a sketch up and running. The second part, video part (not covered on this tutorial) was done with cubieboard, and a usb camera attached to the other eye.
The Arduino brains will send a high pin to cubie to trigger snapshots. We put it all in motion at ShangHai MakerFair 2014 and here are some of the results. 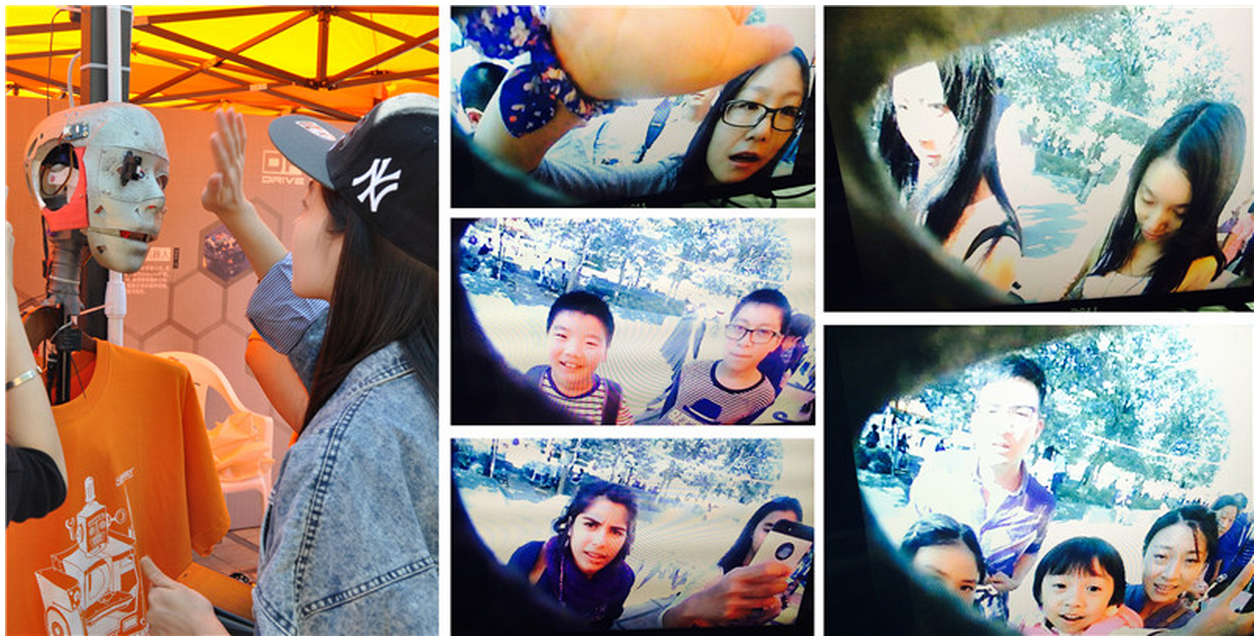 Hope it was a fun read. Drop a line if you have some questions!