After two years in stealth mode, California-based startup Carbon 3D has broken cover to reveal a revolutionary way of printing 3D objects from resin, using oxygen and light to control the process. Despite the fact that the idea of printing three-dimensional objects seemed like science fiction until relatively recently, CEO Joseph DeSimone believes that existing technology has "failed to deliver on its promise to revolutionize manufacturing". That looks set to change with the company's Continuous Liquid Interface Production (CLIP) technology, which DeSimone says "offers the game-changing speed, consistent mechanical properties and choice of materials required for complex commercial quality parts".

Instead of printing in layers, CLIP technology produces objects out of a pool of resin, and DeSimone admits that it was inspired by the famous scene from Terminator 2, in which the T-1000 robot rises from a puddle of metal alloys. The technology is a significant improvement over existing methods, which DeSimone says "is actually 2D printing over and over again." Carbon 3D produces objects which appear as though they were formed out of a mold, and its CLIP technology is capable of producing objects 25-100 times faster than existing 3D printers.

The company pioneers a method that shakes up 3D printing, and we can expect to see further advances in a fast-moving sector. The improved strength means that objects can be used in entirely new fields, including medical applications, and allows for more intricate designs. Thanks to DeSimone and Carbon 3D, we should finally see true progress in realising the potential of 3D printing. 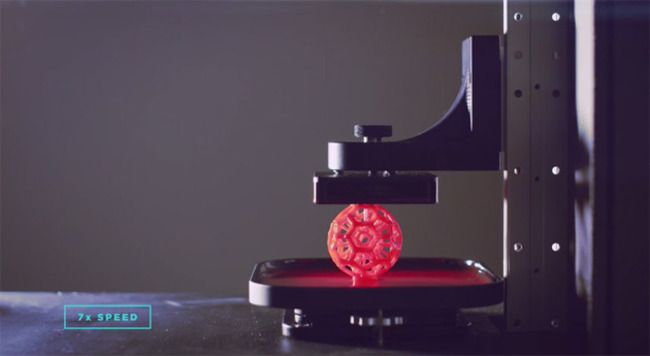