A cathedral in Paris has been transformed into a gothic hub of constellations via the means of an interactive installation.

Shooting Thoughts, by Filip Vilas-Boas, uses lasers to shoot up the Saint Eustache Cathedral’s 110 foot high walls to create a series of ‘constellations’ (a pattern of digital dots) that appear at different locations and move across the ceiling at their own respective speeds and trajectories - as if they’re ‘shooting’, so to speak. A designated carpet has even been laid in the church’s nave in order to allow guests to lay and observe their digital constellation move across the gothic pillars of the cathedral - letting the overtly contrasting setting come into it’s element. The method to all of this? Mobile of course. Vilas-Boas has created a specific app that allows visitors to design their constellation via their mobile phone, which then sends it to the lasers located at the base of each pillar.

Shooting Thoughts was co-commissioned by Art, Culture et Foi and Nuit Blanche Paris and is one of many interactive projects by Vilas-Boas, a Parisian interactive designer who focuses on the marriage of new technology and public spaces.

Miguel Chevalier's Flying Carpets is another example of juxtaposing contemporary digital art against ancient architecture, an elaborate way of bringing digital art to the public eye. 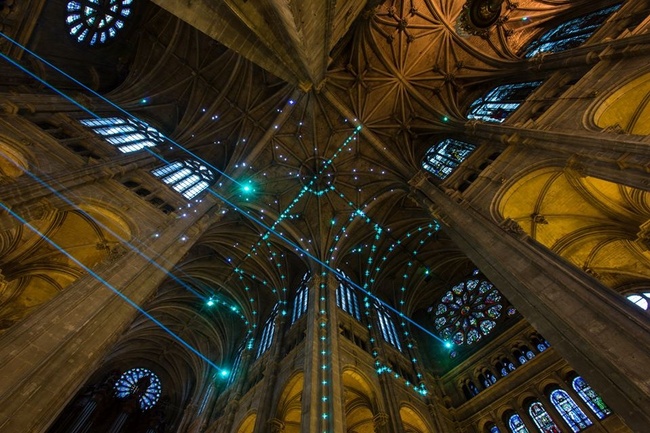 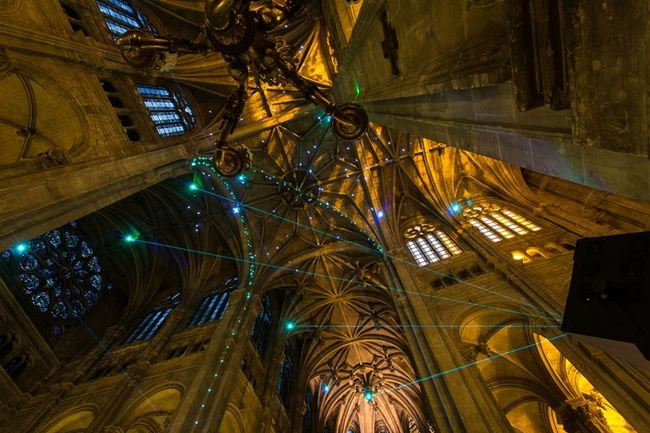