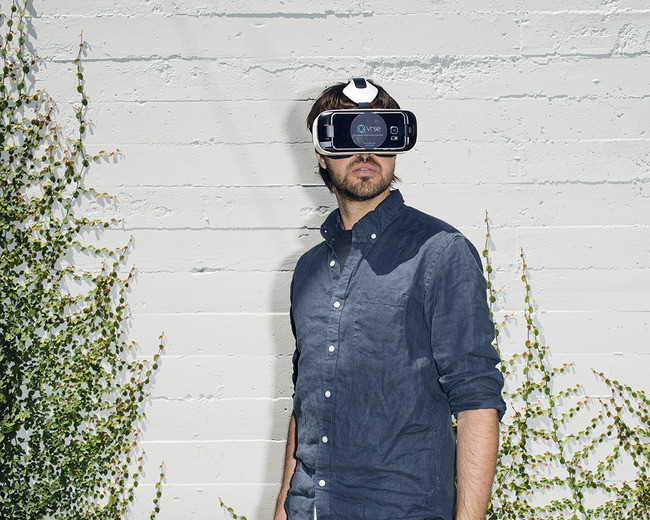 Filmmaking has been described as an empathy machine capable of connecting people from diverse backgrounds to each other's disparate narratives. Now thanks to virtual reality the potential points of contact seem limitless


Aaron Koblin’s first experience of virtual reality was while working with renowned video director Chris Milk. Back then, in 2013, Milk was creating a VR music video for Beck’s cover of David Bowie’s Sound and Vision. Despite the fact that it was raw and technically limited Koblin could already see the potential application of the technology – and, of course, the video went on to be a huge success.

“What got me really excited were the applications,” recalls Koblin. “Back then I knew these tools had the potential to change the way we communicate and think. Even today I think we're only just beginning to place our finger down to scratch the surface.”

For a while Milk and Koblin (who was then lead of the Data Arts Team at Google), worked together on powerful, interactive data-visualisation projects, for everyone from contemporary arts institution Tate to hip-hop producer Danger Mouse. But soon, very naturally, the two took their relationship to the next level by launching Vrse – a studio producing experiences for new virtual reality platforms.

With offices in LA, New York and London, as well as a collective of artists, technicians, thinkers, and innovators, Vrse aims to create the world’s best experiential media. With the release of a heartfelt 360° music video for Björk as well as a documentary for Vice and the United Nations (that both won critical acclaim), it's well placed to be at the forefront of the not only the VR world but the whole entertainment industry.

The latter project, Clouds Over Sidra, a VR documentary based in a Syrian refugee camp, let viewers see through the eyes of 12-year-old Sidra as she comes to terms with her new environment. The experience was visceral, immediate and moving in all the right ways — in other words it was VR as it should be. An article in The New York Times said it made “the viewer feel like they could reach out and interact with the smiling children who seem to be approaching to greet”.

Koblin always emphasises the importance of intimacy when talking about Vrse projects, something that someone unfamiliar with VR might find unusual given the clunky headsets, wires, and other technical wizardry that the technology usually. “My interest in technology has always been more around the human side of it,” explains Koblin. “For me it’s interesting to see how the subject visualisers are able to create content and experiences that influence people in a really deep and profound way.”

"You can’t look away, you’re fully immersed and vulnerable and that’s a powerful thing" 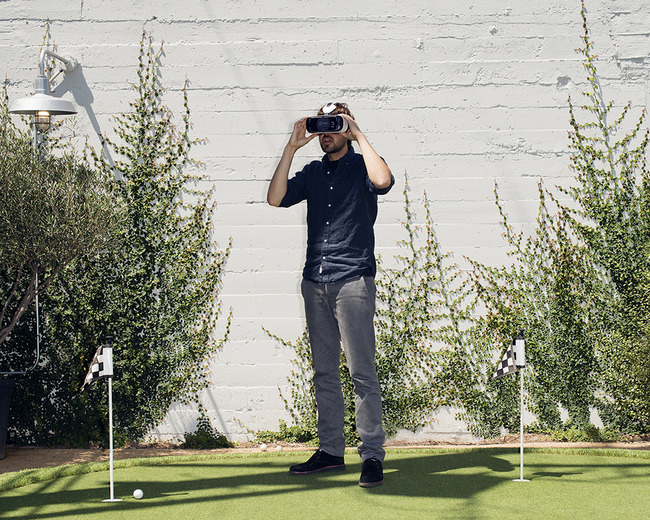 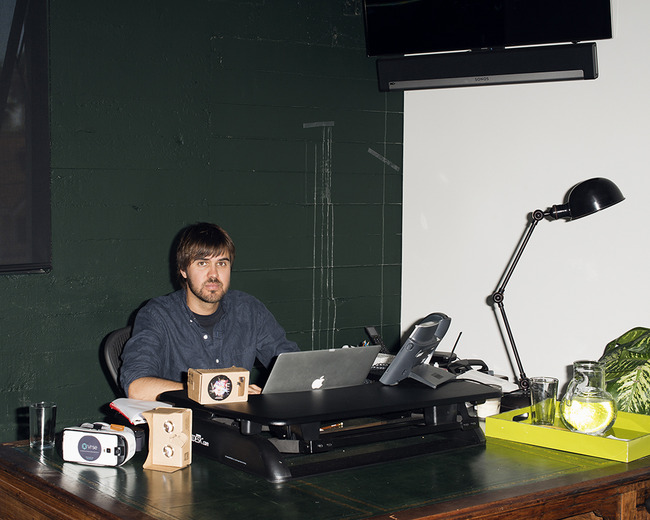 This belief has defined Koblin’s career from day one. His data-visualisation work has always been about creating experiences that move people. Virtual reality is simply another means to do this. Like in Clouds Over Sidra, powerful VR content has the potential to connect users to others and engage them in emotional experiences that may otherwise to be too far removed from their immediate environment.

“At the core of it I think most good storytelling still has many of the same components, so there are characters you empathise with, settings that feel real,” says Koblin. “The difference is that being a part of virtual reality is not an ephemeral experience between your imagination and the storyteller. It’s actually a much more visceral presence and experience when you’re a part of the environment. That means there are also greater opportunities and a plethora of challenges as well.”

Those challenges range from practicalities like high-resolution imagery and reducing latency, to more conceptual questions around what this medium means and how you express it. Like all new technologies before it, VR required an exploratory phase. Koblin himself admits the technology still hasn’t reached a consumer level; it’s just crossed the baseline threshold. But technology is only one part of the VR experience. Like Koblin says, one of the greatest challenges here is content. How do you tell a story in VR?

“Seeing all the consumer devices now having these capabilities crossing the threshold we feel like it’s the time to really start something and really experiment with not just what’s technically possible but what’s possible from a narrative perspective,” says Koblin. “How do you figure out the language of the medium? How can you come up with a pipeline, a toolset and a dialogue for around how this stuff should work? So that’s why we started Vrse.”

Vrse’s task is to help devise a language for VR, to get to grips with its features and understand what makes sense from a story perspective. As it stands, Koblin sees Vrse’s stories as metaphorical verses, short narrative perspectives that exist within a larger metaverse. “This idea is that Vrse is this short single element of this larger metaverse, if you will,” he explains. “This idea that you have to have one short narrative perspective and all these different viewpoints can exist together.”

The applications of VR are definitely not restricted to entertainment. Some of the most exciting potentials lie in medicine, where doctors can trail surgery in virtual environments, and psychology, where immersive therapy has already been successful in treating post-traumatic stress disorder in soldiers. It could also prove invaluable for brands.

“I think the kind of connect you can make in virtual reality is potentially the kind of connection you remember for the rest of your life, it’s about experience, and presence, and being there,” explains Koblin. “I think it’s a massive opportunity. It will need to be done intelligently, tastefully and with respect for the user because you can’t look away, you’re fully immersed and vulnerable and that’s a powerful thing.”

“I think part of what we see with HBO, Netflix and all these great creatives of the modern day is that they’ve abandoned a lot of the tropes that have evolved around formats. I think we have the opportunity to create these standards not around the machines and not around the industry but around the user and around what is actually a great experience.”