Do you dare to open Pandora’s box?
The box we will make today will be closed during the daytime, but when night comes it will gradually open and the light inside will gradually glow bright.
An analog ambient light sensor is used to detect the intensity of light outside the box. When the value reaches the limit for the night, the servo will move, opening the box and an inner-led will glow brighter.

You can refer to the diagram below for reference: 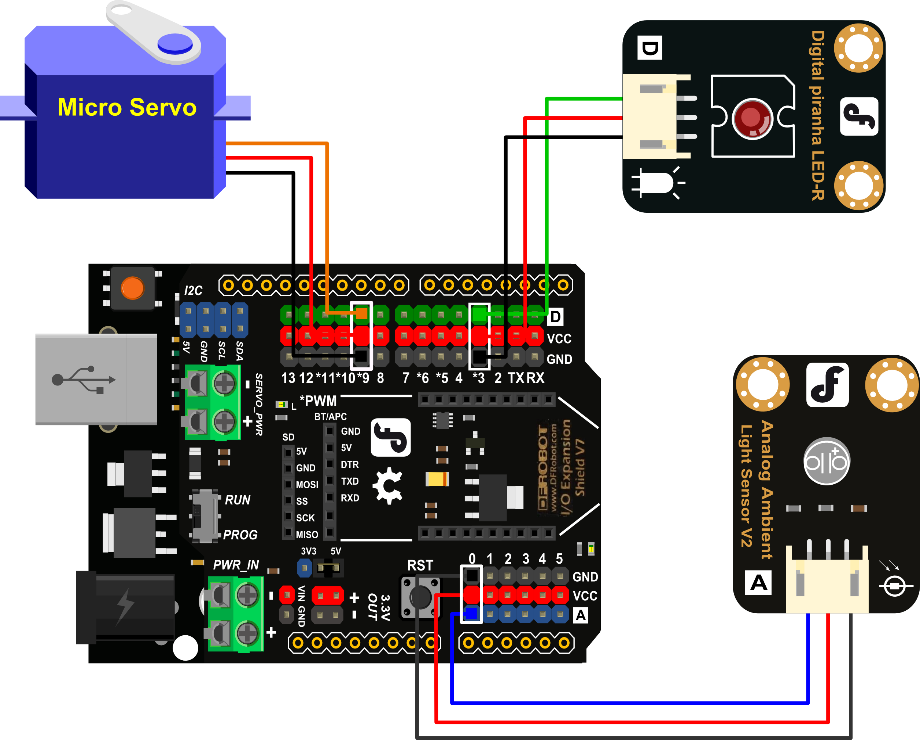 Be sure that your power, ground and signal corrections are correct or you risk damaging your components.

When you have connected the components and checked your connections, plug the Arduino in to your PC with the USB cable so you can upload a program to the DFRduino.

Use this sample code to implement the behavior we want.
You can copy and paste it in to the Arduino IDE, but if you want to develop you skills we recommend typing it out.

When you have finished, click “Verify” to check the code for syntax errors. If the code verifies successfully, you can upload it to your Arduino.

Place the box somewhere dark and check if it opens automatically.

If you have questions about the functions in the sample code, please refer to the previous sessions for details.