Autonomous Robots Self-Assemble and Take Flight as One

NEWS
Each DFA bot packs a lot of technology into a small frame and is controlled by a relatively modest 32-bit 72 MHz microcontroller that interfaces with on-board sensors, motors, and communication components.

The wonky discipline known as “distributed computation algorithms” can be a bit … dry. So instead of teaching the subject with problem sets and lengthy exams, the faculty of the Institute for Dynamic Systems and Control at ETH Zurich decided to educate students by having them develop a robotics platform that embodies the principles. The result, called the Distributed Flight Array (DFA), is a proto-Transformer that allows multiple autonomous robots to connect with each other and take flight while acting as an awesome platform for experimentation.

The next step will be removing the last vestiges of human control.
The DFA bots are small, but there is more than meets the eye packed into their 3-D printed chassis. The system is designed around a central propeller which provides thrust for the structure. Surrounding it are three omni-directional wheels that let the bots get into position with each other on the ground while magnets embedded in the frame provide a connection. A gyroscope provides positional information to an on-board microprocessor while an infrared sensor feeds information about altitude to the system. Pins allow the collected bots to communicate this real-time data between each other and adjust their individual thrusts to keep the combined unit stable. Despite the sensitive nature of the electronics, when a flight is over, the bots disengage midair and fall safely to the ground where the process can begin anew.

Individual units can only propel themselves spastically around a room, but when joined the DFA modules can create traditional quadcopters, more advanced decacopters, and their most impressive applications are atypical and asymmetrical arrays that defy traditional aeronautic aesthetics. These odd combos often produce interesting flight patterns — in one configuration where the bots are aligned linearly, the construct appears to flap as the opposite ends try to reach equilibrium.

The DFA was originally envisioned as an art installation and research platform by Professor Raffaello D’Andrea at ETH Zurich’s Institute for Dynamic Systems and Controls. Successive groups of students under the tutelage of Dr. Raymond Oung helped fulfill the vision, but also developed the project to the point where it was a versatile teaching tool. “The DFA is, and will always be, a pedagogical tool, both for high-end research and for the main-stream public,” says Oung. Academics will be able to use the distributed flight array as a low cost tool to test distributed algorithms — the kind of tools that might inform research on self driving cars or interoperability of machines on a factory floor. The relatively simple design of the DFA will also allow motivated science fair participants to crush their competition, like the Decepticon Devastator.

Next steps for the project will be removing the last vestiges of human control—currently a motion-capture system or an operator using a joystick has to provide a small amount of feedback to keep the system from drifting away. The hope is that the DFA becomes completely autonomous and increasingly versatile. “What I would love to see is in-flight reconfiguration,” says Oung. “Which I think is certainly possible with the current system.”

The DFA has a novel design, but few clear use cases which in perfectly fine with Oung. “Apart from being both a research/educational tool, we never designed the DFA with a particular application in mind.” he says. There has been discussion of using the system for small scale transportation—think BurritoCopter—due to its resilient and scalable design and there has been some interest from the alternative energy community, but there is no clear plan to commercialize the product.

For all those that are hoping that the project might end up under the Christmas Tree or at least on Kickstarter, Oung has disappointing news. “Honestly, I don’t see a mainstream commercial opportunity here.” he says. Still there is the chance that the Distributed Flight Array could take flight as an open source project. 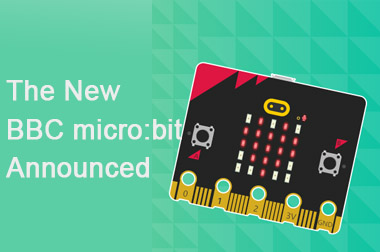