The objective of this post is to explain how to create a simple socket server on the ESP32, using the Arduino core. It will act as an echo server which will return back to the client any content it sends.

In order to test our server, we will develop a very simple Python socket client. The Python version used was 2.7 and the code was tested on Windows 8.

We will start our code by importing the Python socket module, which will allow us to connect to the ESP32 server.

Next we will create an object of class socket, which has the methods needed to connect to the server.

To connect to the server, we will need to know both its IP and the port where it is listening for incoming connections. We will store both values in two variables.

For the port, we will use 80 (we will set it to the same value on the Arduino code).

For the IP, we will need to use the one assigned to our ESP32 upon connecting to the WiFi network. If you don’t know the local IP of your ESP32 when it connects to your network, you can use a dummy value for now, since we will later print its value on the Arduino code.

To perform the actual connection, we will now call the connect method on our socket object and pass as input a tuple with the host and the port.

We will now get content from the server until the whole message we have sent is echoed back to us.

To get data, we call the recv method of the socket object. This method receives as input a number with the maximum amount of data that can be received at once and returns a string representing the data received [1] (I’m using Python 2.7, but some Python versions return a byte object rather than a String).

Since we know that the server will echo the message back, we want to receive as much data as we sent. So, we will declare an empty string and keep asking for data and append it to that string until its size is equal to the size of the string we sent.

We will specify 1 for the input argument of the recv method, so we know that each call will return a string with only one character.

After receiving and printing the echoed message we call the close method on the socket object to close the connection. The final code can be seen below and already includes this call.

We start our code by importing the WiFi.h library, in order for us to be able to connect the ESP32 to a WiFi network.

We will also need a final global variable, which will be an object of class WiFiServer. This class has the methods we will need to set a socket server and accept connections from clients.

The constructor of this class receives as input an integer with the port number where the server will be listening. We will use port 80, which matches the value used on the Python client code.

In our setup function, we will start by opening a serial connection, for later outputting some information messages from our program.

Next, we will connect to the WiFi network. If you need a detailed explanation on how to do it, please consult this previous post.

To finalize the setup function, we will call the begin method on our WiFiServer object, which will initialize our socket server. You can check the full setup function below.

Now that we have finished the setup function, we will handle the actual client connections and data exchange on the Arduino main loop.

To start, we will check if a client has connected by calling the available method on our WiFiServer global object. This method takes no arguments and returns an object of class WiFiClient.

Regarding the second option of enclosing the WiFiClient object inside an IF condition, this is possible because in the implementation of the class, the C++ bool operator is overloaded and it actually calls the connected method and returns its value.

Note that operator overloading is an advanced feature of the C++ language (which is the language on top of which Arduino is built) that we don’t need to worry about and I’m just mentioning this for information.

If the previous condition is true, we will then start a loop while the client is connected. In this case, we will explicitly call the connected method of the WiFiClient object.

When the previous loop breaks, it means the client is no longer connected. Thus, we call the stop method on our WiFiClient to free all the resources and then print a message indicating the client disconnected.

Inside the previously mentioned while loop, we can check if the client has sent data with the available method. This method returns the number of bytes available for reading.

So, while the number of bytes is greater than zero, we will keep reading byte by byte with a call to the read method of the WiFiClient object, which will return a byte for each call.

Then, we will simply echo each byte back to the client with the call to the write method, passing as input the byte to send.

The final source code can be seen below and already includes these function calls.

To test the whole system, simply upload the code to your ESP32 using the Arduino IDE. Then open the IDE serial monitor and copy the IP address that gets printed upon a successful connection of the ESP32 to the WiFi network. That is the IP that should be used on the Arduino code.

Next, with the ESP32 already running the server code, run the Python code. You should get an output similar to figure 1, which shows the data sent to the server being echoed back, as expected.

If you go back to the serial monitor, a message indicating that the client disconnected should be printed, as shown in figure 2. This indicates that the server correctly detected that the client is no longer connected, which is the expected behavior after the Python code calls the close method to end the connection.

Figure 2 – Output of the ESP32 program, after the client disconnects. 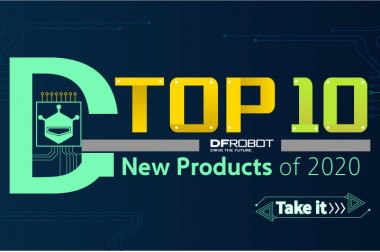