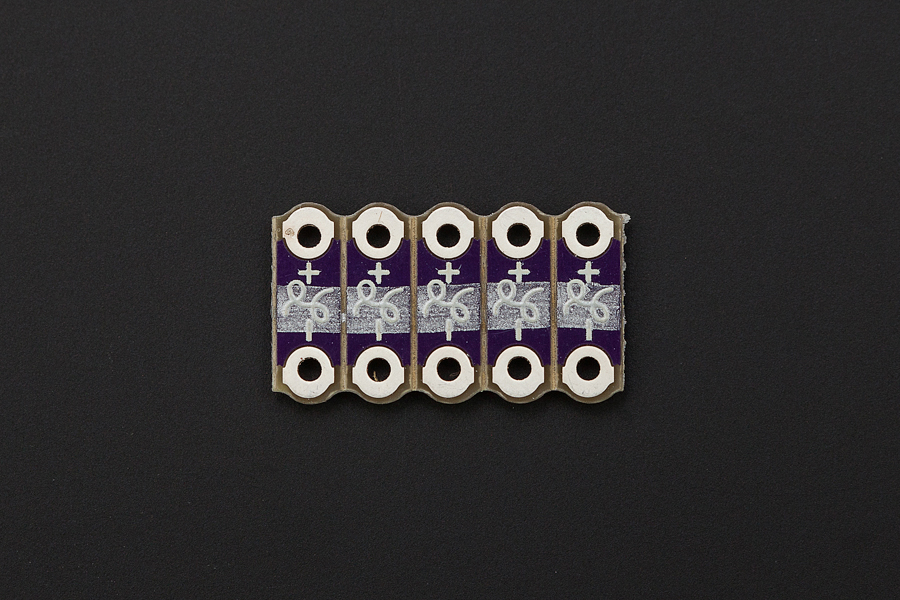 This 5 pack of white LED micro for LilyPad is discontinued now, you could check LilyPad to see other products instead.

Need a smaller way to add some 'twinkle' to your LilyPad project? Then you need some LilyPad Micros! A LilyPad Micro is like a smaller version of the LilyPad LED board. By eliminating the resistor and changing the orientation of the surface mount LED we've shrunk the board down which looks great in elegant designs or on sheer fabrics where you don't need the extra weight or exposed board space. It's really the closest you can come to sewing a point of light directly to your project.
Note: Because the board don't include a current-limiting resistor, it is possible to over-power them and possibly burn them up. The high resistance of conductive thread can help protect the Micros from high current, so long stitches can be used with most power sources to keep the power levels 'Micro-friendly'. If you aren't sure where to start with resistance and current, using these in conjunction with a LilyPad Simple or Main Board is a great place to start, because they both have built-in current limiting and can't burn up your Micros.

Note: These are sold in strips of five boards which can be snapped apart with pliers. Some, however, may come as loose pieces that are already snapped apart.

LilyPad project 1. How to Make A Pet Wearable
In this tutorial we will use an Arduino Beetle BLE to make a simple wearable device for …your pet! My cat is the model of this wearable project.
Here are the main functions to implement:
-The wearable device will be built around a small jacket that the cat can wear.
-A light strip on the jacket will be light up with our cat’s steps (to put dog walkers to shame)
When the wireless jacket is paired with your phone via Bluetooth, it will control the light strip to flash on and off so that you can locate your pet quickly.
Hardware components: