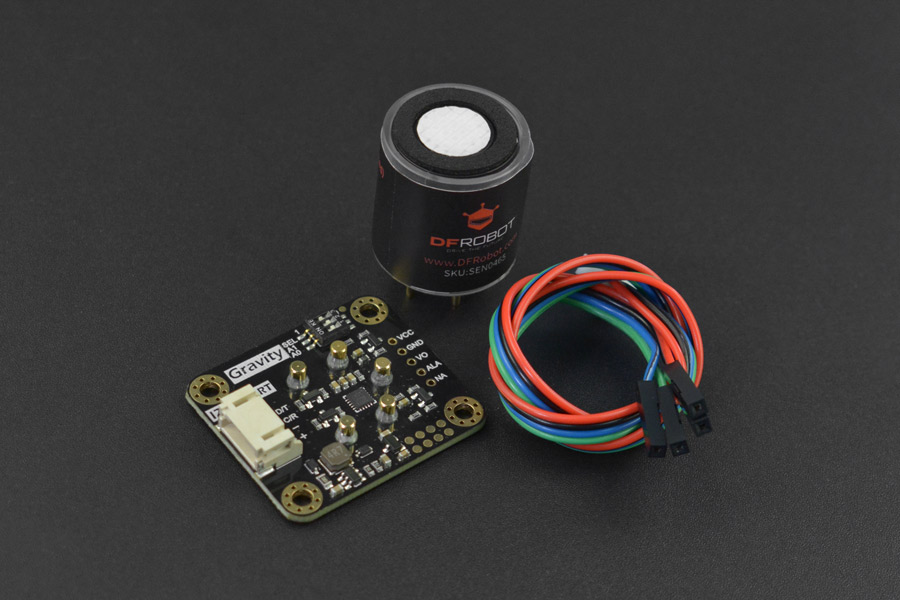 This is a sensor that detects oxygen concentration and supports three output modes: analog, I2C, and UART. The probe has been calibrated at the factory, which can quickly and accurately measure the concentration of oxygen in the environment. Can be widely applied to fields like portable devices, air quality monitoring devices, industries, mines, warehouses, and other spaces where the air is not easy to circulate.

The probe adopts the electrochemical principle, has the characteristics of strong anti-interference ability, high stability, high sensitivity, etc., and the service life is as long as two years. The sensor has 32 modifiable I2C addresses, an integrated temperature compensation algorithm, and a threshold alarm function, It has good compatibility with mainstream main control devices such as Arduino, ESP32, and Raspberry Pi. The easy-to-use Gravity interface, coupled with our sample code, can quickly build an oxygen concentration detector.