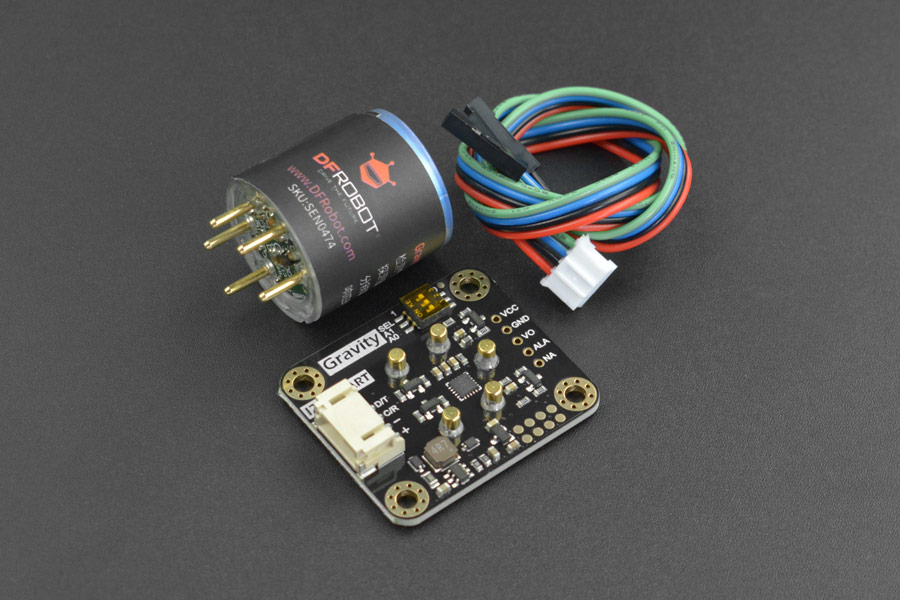 The probe adopts the electrochemical principle, has the characteristics of strong anti-interference ability, high stability, high sensitivity, etc., and the service life is as long as two years. The sensor has 32 modifiable I2C addresses, an integrated temperature compensation algorithm, and a threshold alarm function, It has good compatibility with mainstream main control devices such as Arduino, ESP32, and Raspberry Pi. The easy-to-use Gravity interface, coupled with our sample code, can quickly build a hydrogen chloride concentration detector.