Arduino is an open-source electronics prototyping platform based on flexible, easy-to-use hardware and software. It is intended for artists, designers, hobbyists and anyone interested in creating interactive objects or developing environments.

Arduino can sense its environment by receiving inputs from sensors, and interact with its environment by controlling lights, motors, or other actuators. The Arduino integrated development environment (IDE) is a cross-platform application written in Java, and is derived from the IDE for the Processing programming language and wiring projects. It can run independently and communicate with other software such as Flash, Processing, MaxMSP and more. Arduino IDE is open source so you can download and share thousands of interactive projects for free!

Here are some Arduino projects just to give your some ideas of tasks it can complete.
// make sound notification when coffee is done
// email notification via mobile
// blinking fluffy toy
// Professor X’s steam punk wheel chair with voice recognition and drink serving function
// a Star War arm gun
// a pulse monitor to store data when biking
// a robot that can run in snow and draw pictures on the floor

Arduino started in 2005 as a project for students at the Interaction Design Institute Ivrea in Ivrea, Italy. At that time, programming students used a "BASIC Stamp" for projects. This was at a cost of $100, considered expensive for students.

Colombian student Hernando Barragan contributed a hardware thesis for a wiring design. After the wiring platform was complete, researchers worked to make it lighter, less expensive, and available to the open source community. The school eventually closed down, so these researchers, including a man called David Cuartielles, promoted the idea. This idea was to become the Arduino as we know it today.

Now let’s take a close look at the Arduino micro-controller and try to locate I/O ports (input/output) and on board LEDs.
◆ I/ O pins, digital pins 0-13, analog pins 0-5.
◆ 2 power sources. One is the USB port that can draw power from the USB connection. Another is power jack that inputs DC power of 6-12 volts.
◆ 4 LEDs and reset button. L is the on board LED that connects with digital pin 13. TX and RX are indicators of transmission signal and received signal. When we download a sketch to the Arduino, these two lights blink, indicating that data is being transmitted and received. 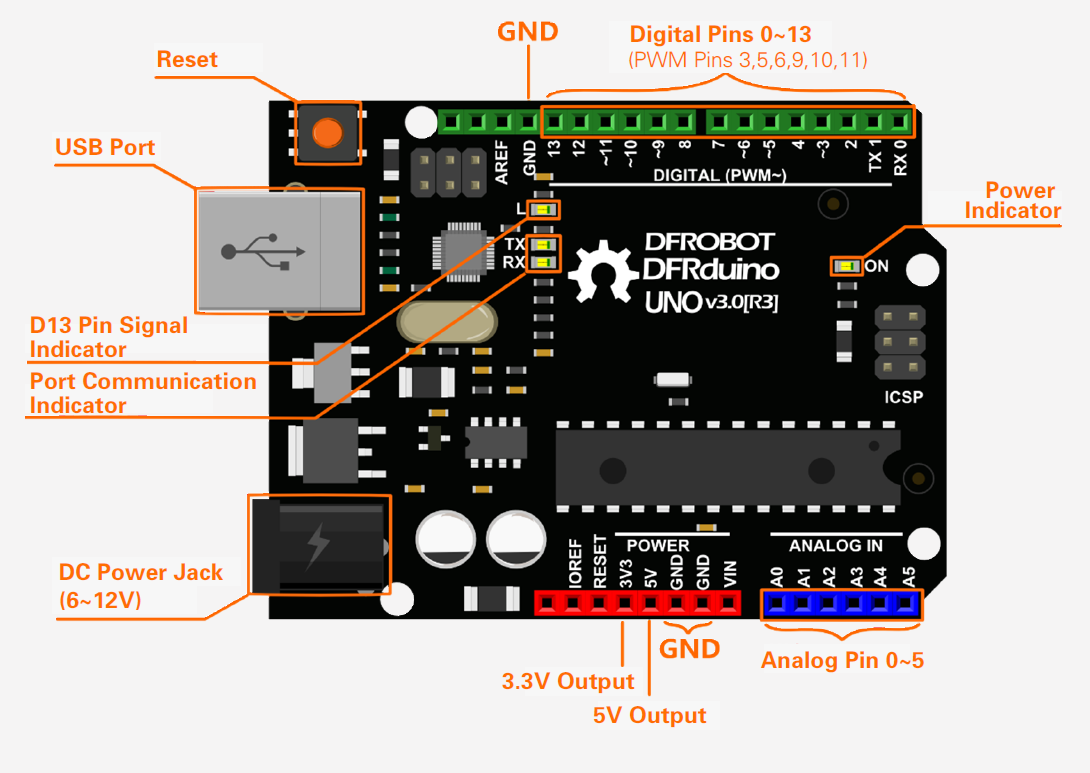 Go to http://arduino.cc/en/Main/Software to download the installation file according to your operation system. 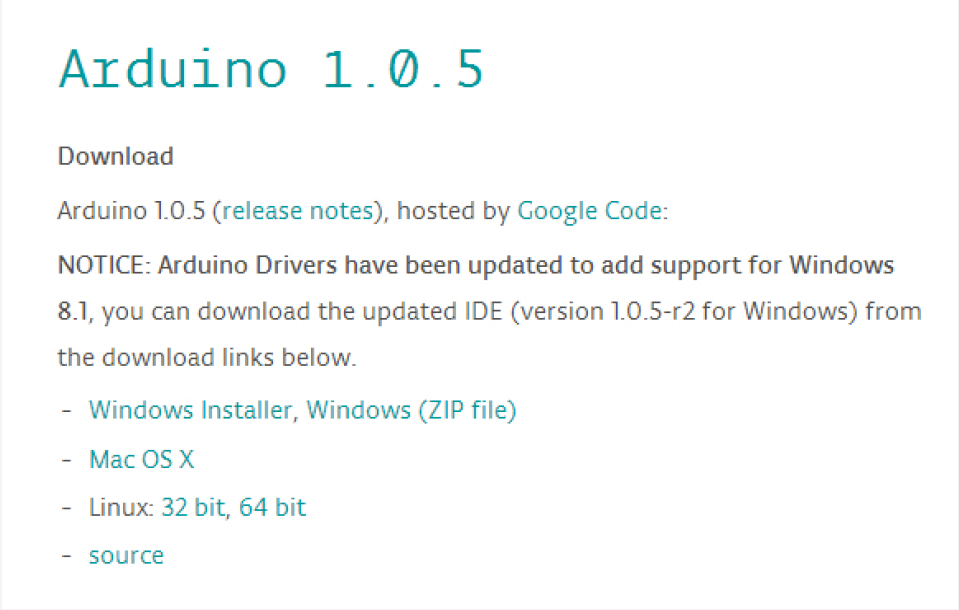 For Windows users, please follow the instructions below. For Mac and Linux users, you can directly use the Arduino sketch by simply clicking on the file. 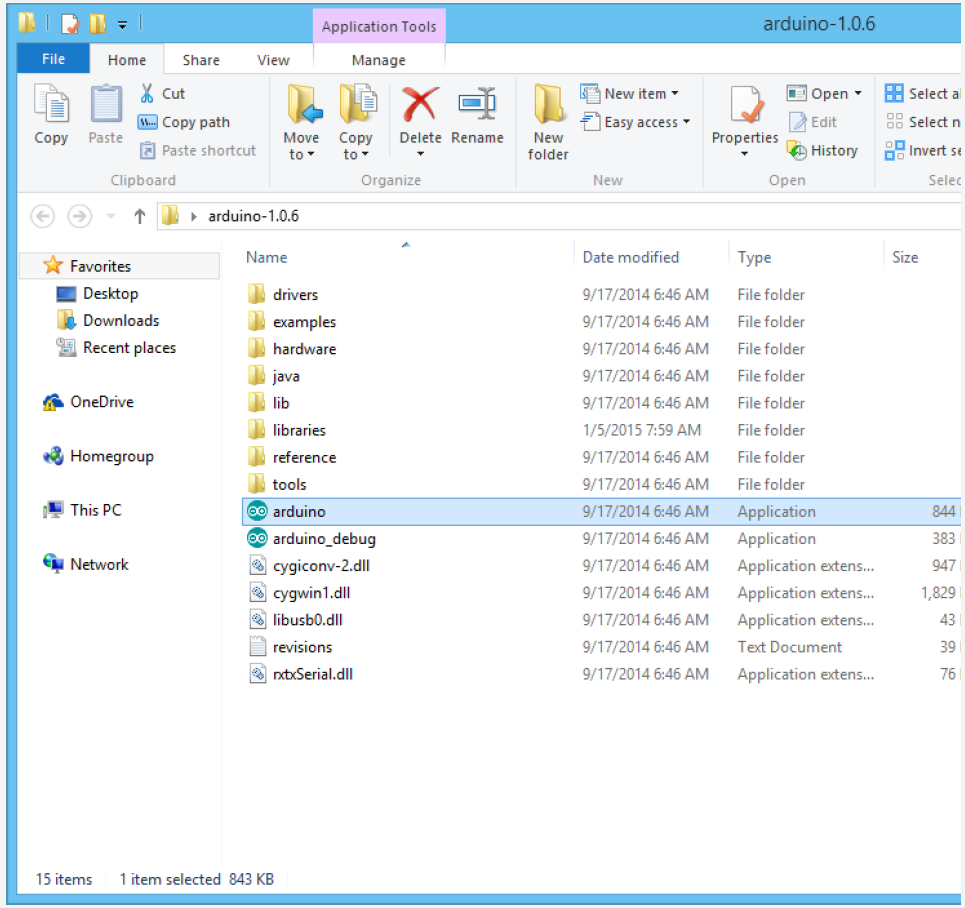 Installing drivers for the Arduino UNO  with windows 7, Vista, or XP:  Plug in your board and wait for Windows to begin its driver installation process. After a few moments, despite its best efforts, the process will fail, but do not panic! Click on the Start Menu, and open up the Control Panel. 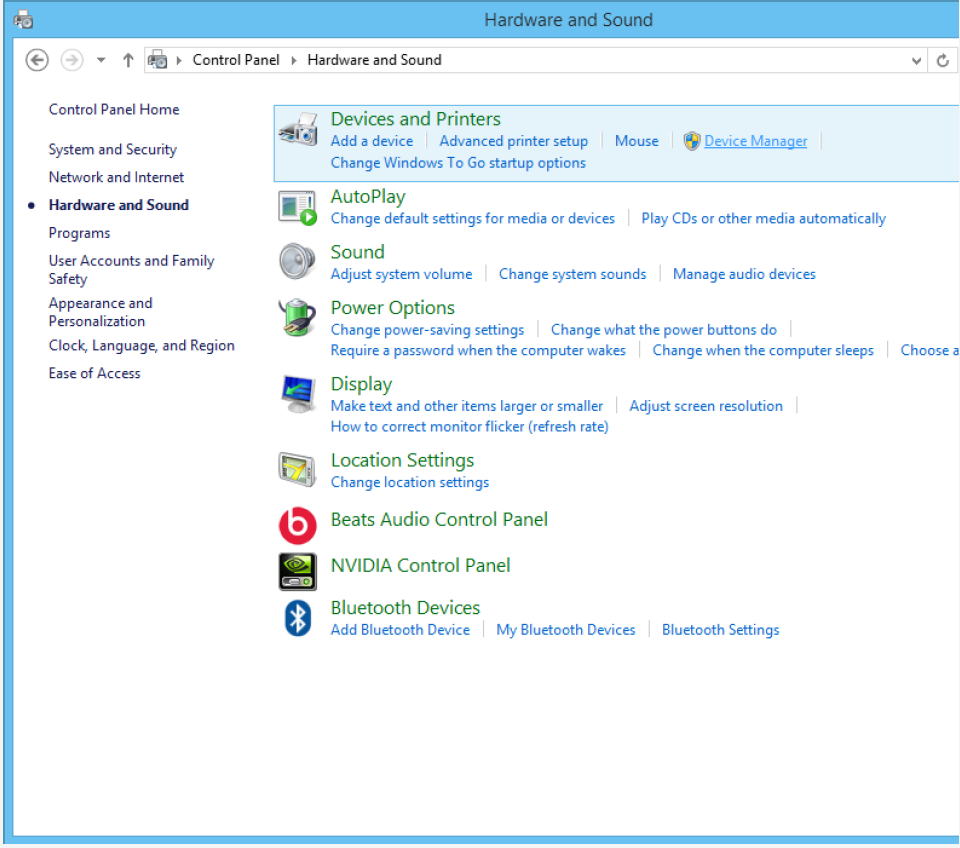 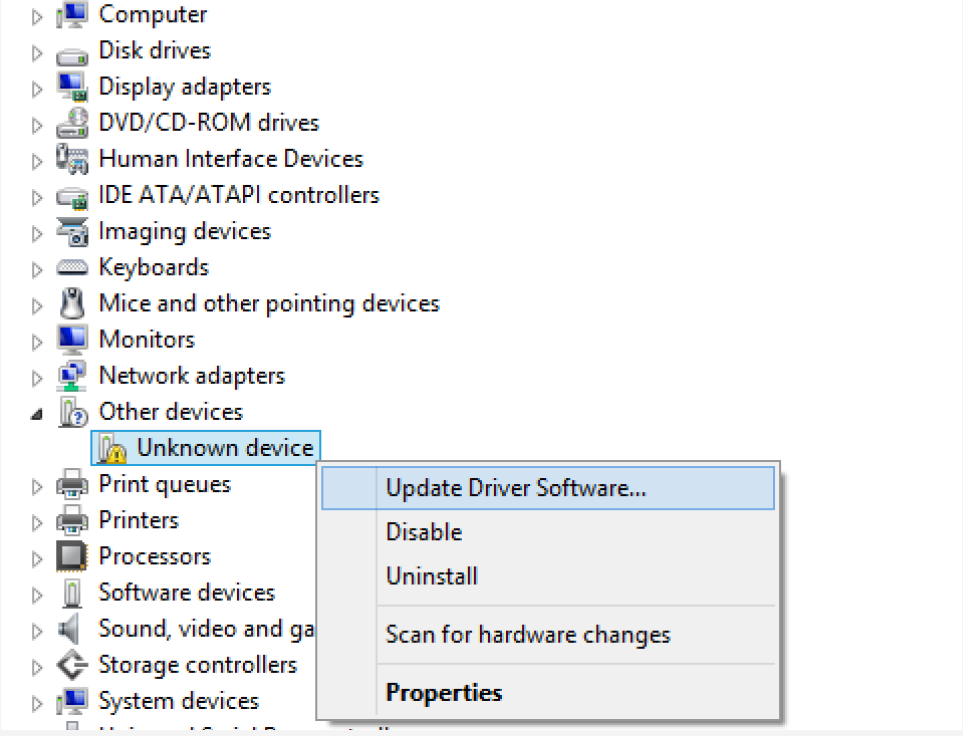 Choose "Browse my com uter for driver software" to search for drivers manually. 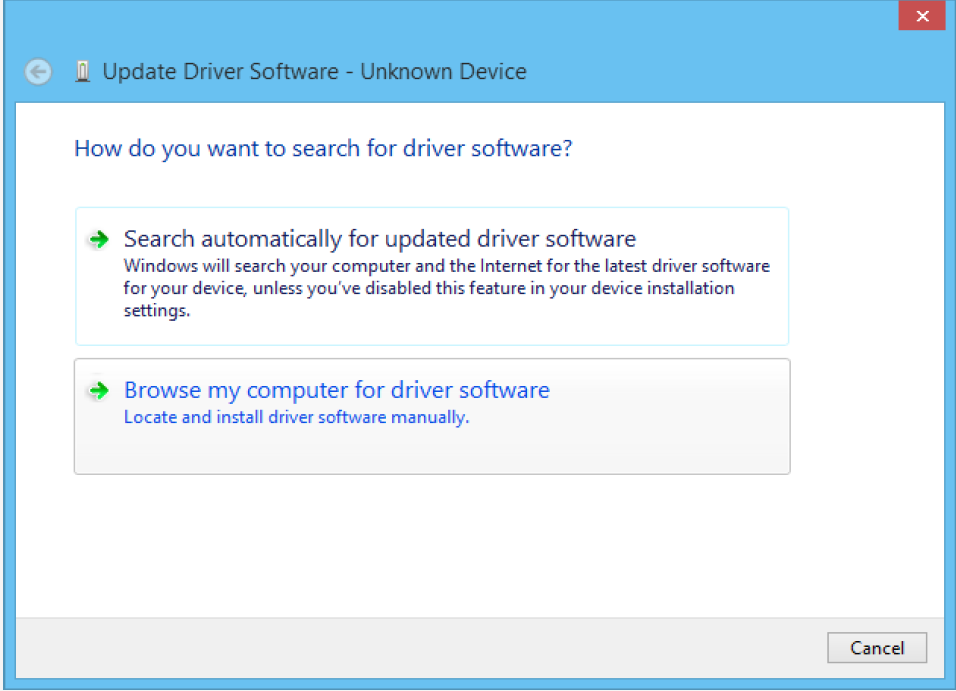 Click "Browse" and find the director location of the Arduino IDE where the installation files are located . Inside this director will be another director named Drivers . elect it and click "Next". 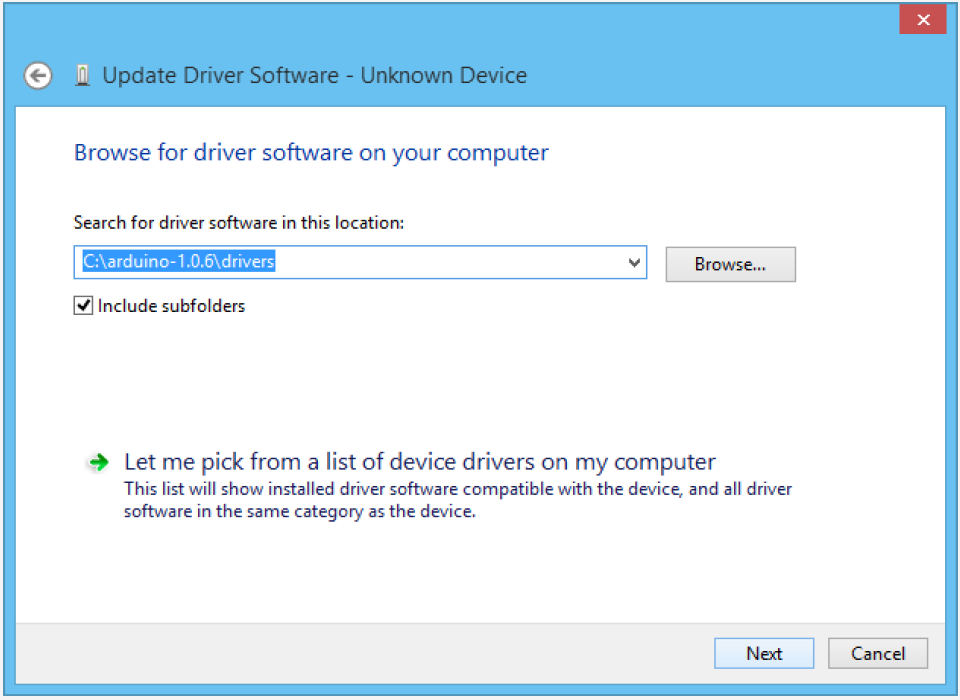 This dialog indicates successful installation. Hopefull this is what you will see! f not double check your steps and tr again. 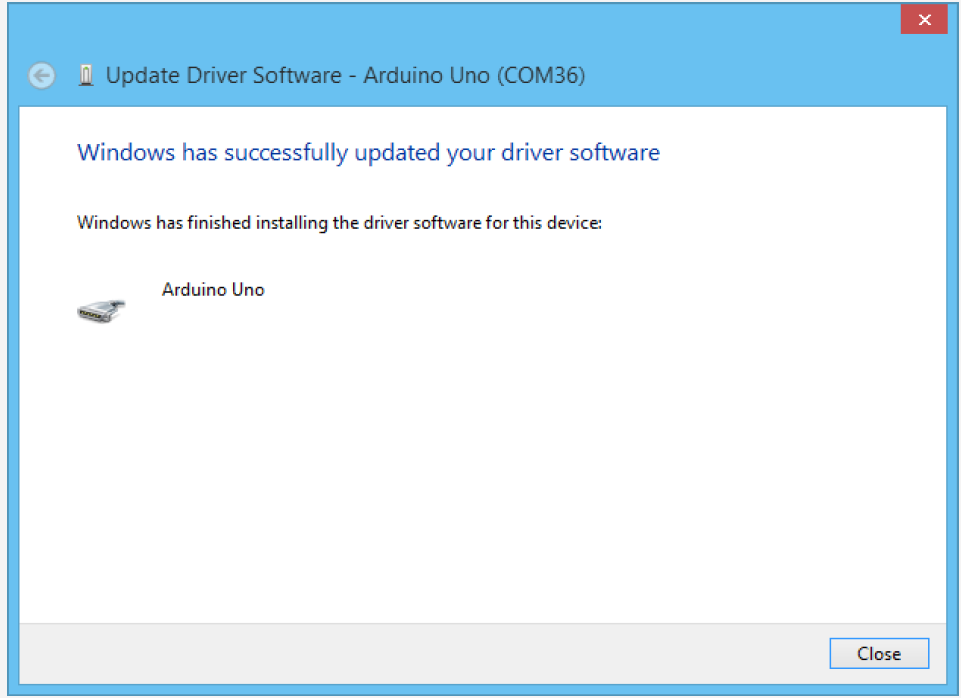 If you go back to your device manager, the Arduino device should now be recognised by your computer.
Go to “Device Manager” >“Ports (COM & LPT)”. You should see “Arduino no (COM#)”. This is the COM port that your computer uses to transfer data to your Arduino. In our example the computer communicates with the Arduino on COM36.
Remember your COM number as you will need it later. 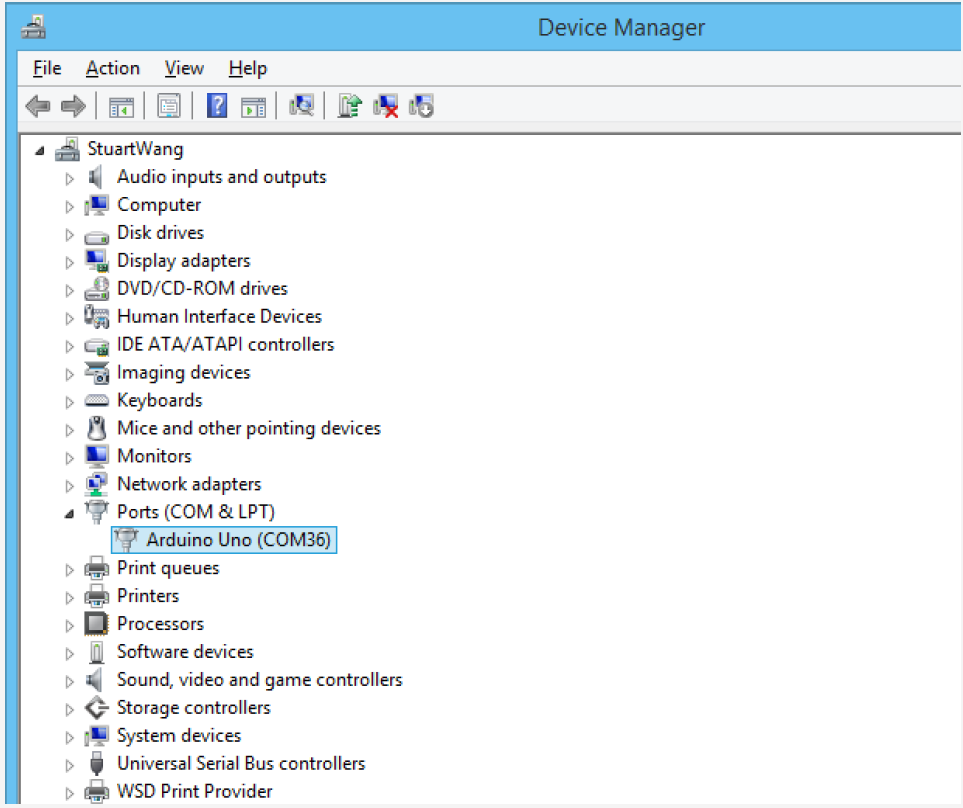 Open Arduino IDE and take a moment to move your mouse along each icon to get to know their functions. Here we will use a very basic sample code, "Blink" to go through the whole process and test whether the controller is working. 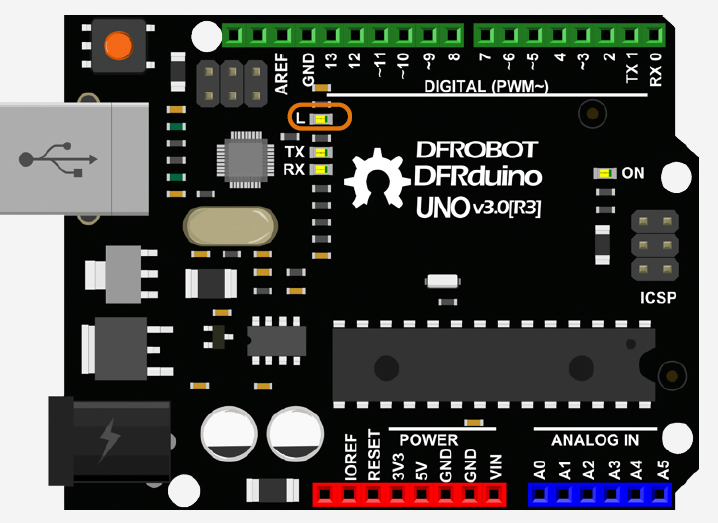 Open the LED blink example sketch. You will find it under "File > Examples > 01.Basics > Blink" . 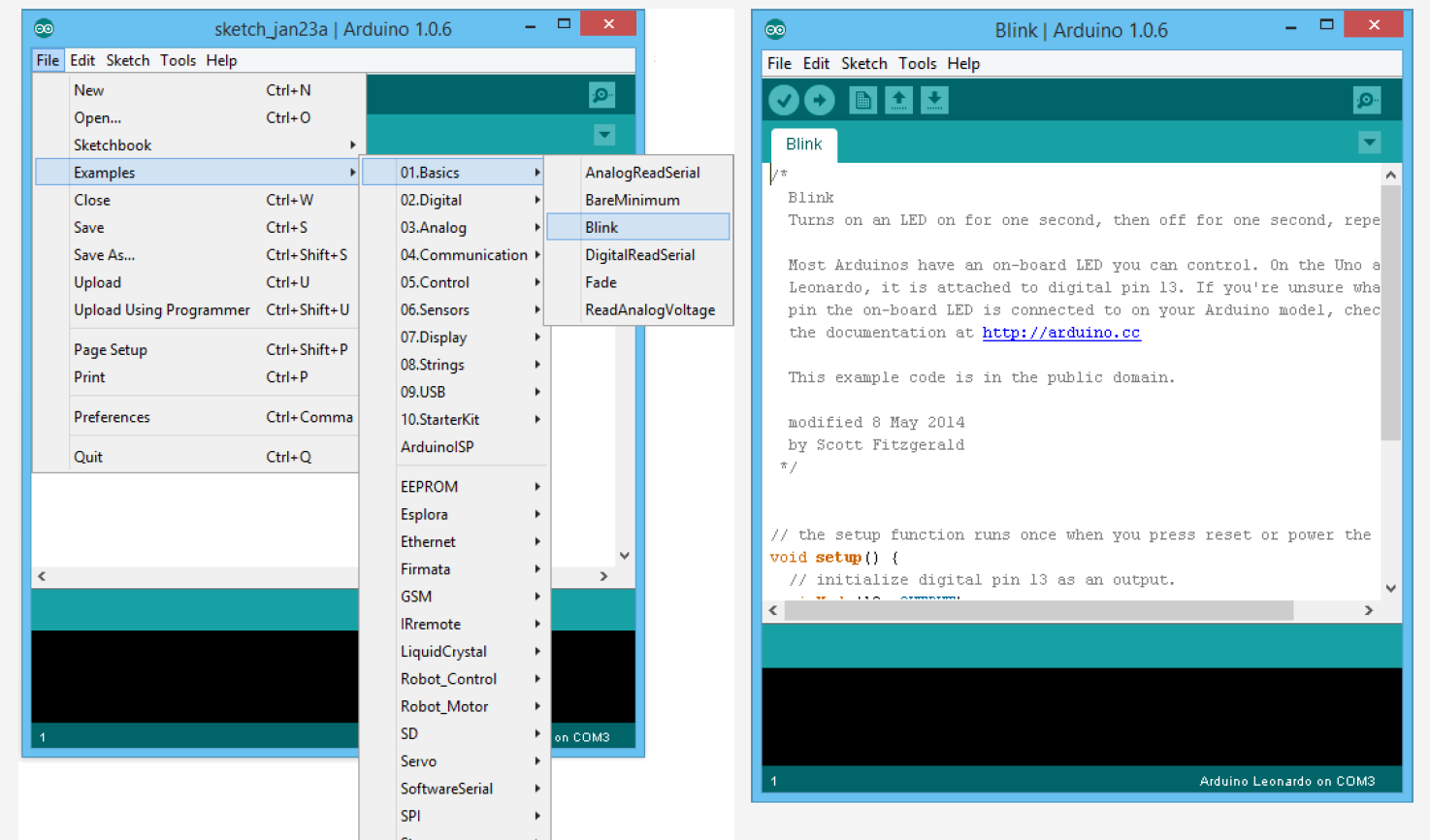 Click "Verify" to compile your code. The IDE changes the code from text into instructions that the computer can understand. This process is called  compiling.

The code we are using should not have errors since it is an example code. If a code does have errors in it it will fail to verify.

Time to download the code to your Arduino! Select your micro controller by selecting "Board>Arduino UNO".

Then select your COM port by selecting “Serial Port” and selecting the COM port number you saw earlier. In our example COM36 is in use. 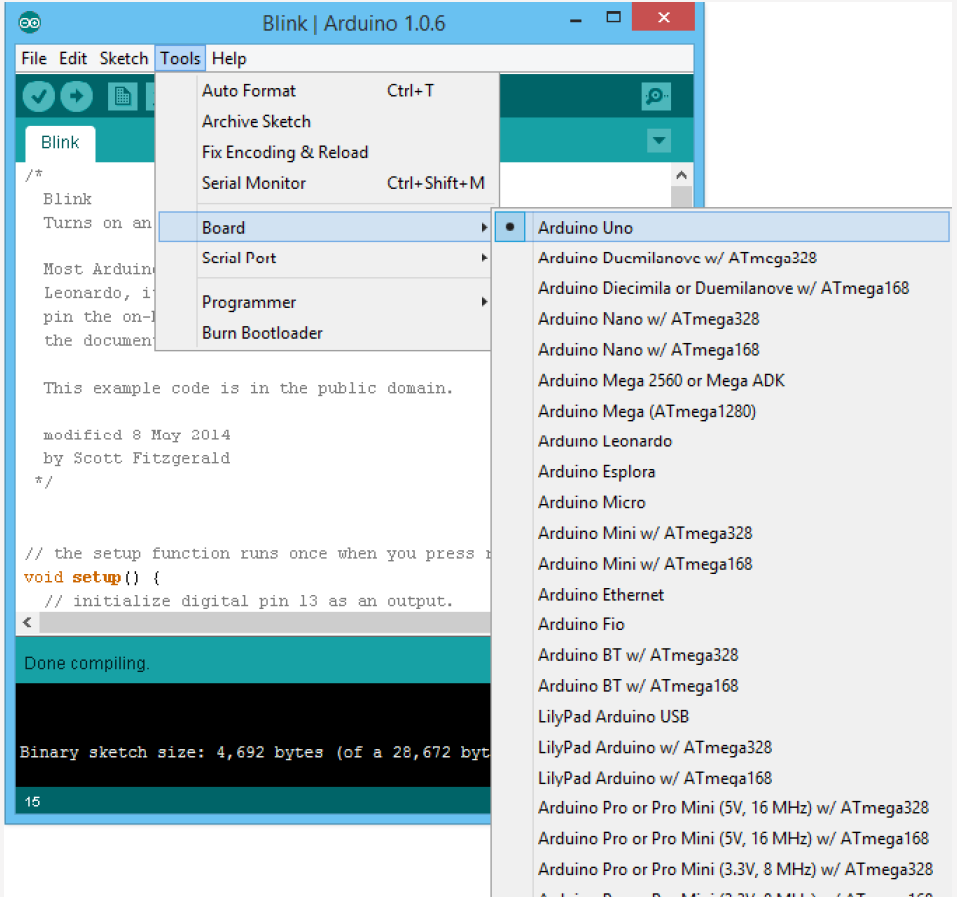 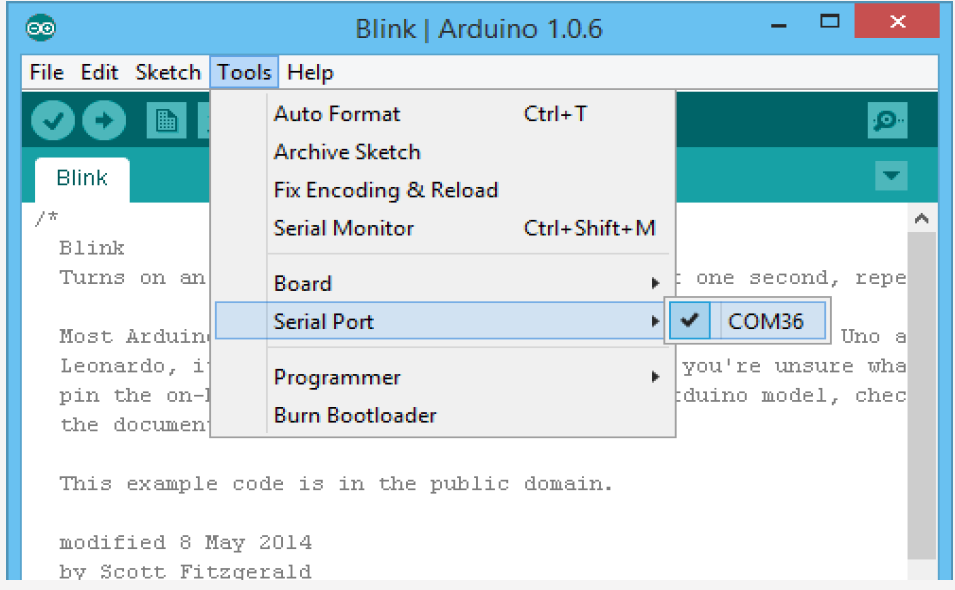 Click "Upload" to send the instructions via the USB Cable to the Arduino.

After it is finished, the Arduino will run the code automatically and the onboard LED will start to blink, just as programmed!

Review:
In order to upload code, we must do the following steps:
Verify Code > Choose Board and Port > Upload
...then your sketch will be uploaded.